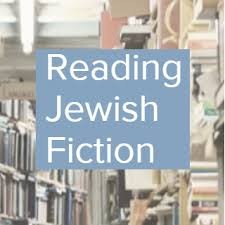 This review appears in author Janice Weziman's exciting new review site Reading Jewish Fiction. Stay tuned for an interview with Janice on this site coming up in February when she'll tell us all about her new venture, as well as fill us in on her next writing project.

Miriam, a Canadian Jew of Yemenite decent, is trying to get a handle on her family's past. Her grandparents' life in Yemen and then Jerusalem, her father's upbringing in Jerusalem in the 1940s, her own Ottawa childhood, her life as a married woman and mother in Israel, and her ongoing reflections about her parents middle-aged life in Canada, all figure into her struggle to come to terms with her own identity.

Canadian-Israeli writer Gila Green's rich and complex novel in short stories, White Zion, is structured in two sections, "Childhood and Adolescence," and "Marriage and Motherhood." Each contains eight stories, two of which have been excerpted from her previously published novels, Passport Control (2018), and King of the Class (2013). Identity, paternity, life transitions, marriage, and shifting definitions of home are the main themes in this effecting novel of many moving parts.

Green's stories are about transition as it plays out, over and over again, in her family narrative. As a young man, Miriam's father, Assaf, not only turned away from religion, but left Jerusalem for Ottawa, a place that, with its cold temperatures and sparse Jewish population embodies the exact opposite. When Miriam decides to live in Israel, the theme of exile−cultural, ethnic, and religious−are repeated and reversed. She returns home, literally, to both her paternal roots and to her people's religious practices.

Green's language is poetic but controlled, and her sentences are a pleasure to read. Describing her unusual father and his habits, Miriam narrates: "If he spots a dirty dish, he aims himself at it like a jumbo jet coming in for landing." This lively description well conveys the force and energy Assaf brings to every aspect of his life.

Race, or skin color, is a key theme of the book. Miriam is mistaken for all sorts of ethnicities, including Iranian by an Iranian man who reacts badly when she reveals that she's Israeli. The title story, "White Zion", details the strong faith of her paternal great-grandparents who endured numerous hardships to travel to British-Occupied Palestine and remake their lives there despite the poverty, the cultural gaps, and the unapologetic racial prejudices of European Jews against Jews from Arab countries. Assaf recounts how he suffered as a child from the Ashkenazi establishment in school and at work; how he suffered as a child in his parents 'combative household; how he suffered as a dark skinned man in the army; how he suffers as a dark skinned man in Canada; how he suffers from the distance he deliberately created between his home, his homeland, his birth family, and the remake of his life as a sports loving television salesman with a third generation white Canadian-Jewish wife.

In effect, this collection is as much a portrait of a Yemenite as a young man in Jerusalem, and then as an older man in Canada, as it is about Miriam's coming of age. Her search for the details and lessons of her father's life culminates in letters he writes to her in Hebrew, which she translates into English. In the collection's longest story called, "Abba," (father in Hebrew), Assaf describes scenes from his childhood, many of which are encountered previously in other stories. Here I would have suggested an editorial hand. The repetition of certain scenes does not add up, since we read the same plot sometimes for the second or even third time without any additional illumination. The father's long section might have been better used to fill in more of the canvas of his childhood and Jerusalem of the 1940s.

Following the 'translated' letters, the narration reverts to Miriam's point view. She adds an episode from her father's life that he has chosen to omit–marriage to his first wife, who was not Miriam's mother. The description is exquisite: "My father had no vision for himself and his would-be-wife. All he did have was a tremendous desire for change; like a man who has been carrying a bulging sack of coal over his shoulder for so long, he cannot tell if his hands are black because the sun set long ago, or if his eyes are closed." This man, her father, longs for and forges change, and as a result Miriam is born and raised Canadian.

Yet Canada is not a panacea for this muscular dark-skinned man, nor for his dark skinned daughter. In "Brass Knuckles," Assaf literally pushes back against being seen as an outsider and clocks someone in the face who calls him a 'Damned Arab." And then in a brilliant twist, his family hears him cursing in Arabic. For as Miriam says at the beginning of the story, "My father's language in reality is Arabic, if you want to talk brass-knuckles." Notions of language, identity, and agency converge here powerfully. Assaf, the Yeminite-Israeli in Ottawa, wears shorts and sandals in freezing temperatures. He works out and maintains a muscular physique. He remains shirtless at home and rents out their basement room to all sorts of vagrants because money is more important than the potential risks he is introducing into his home. When Miriam complains that money has been stolen from her bedroom, her father reimburses her and tells her not to make a big deal of what happened.

The incident calls up an additional theme that runs through the entire novel: that of the quiet and not-so-quiet menace of male entitlement. Many of the stories depict the predation and abandonment of women and children, instances of adult men who neglect their families,(even if they, like Assaf, stick around and pay bills), and the dynamics of power, used and abused, as can be seen in the alliance Assaf forges with his daughters against their mother in language wars of Hebrew versus English.

Two generations of marital discord infuse these stories, yet the novel ends with Miriam who, despite her husband's occasional aggression and insensitivity, seems to enjoy a harmonious household. The final image in the story, "I Put Him on the Bottle," is that of Miriam nursing her baby and being told by her mother that it's so good she's nursing that she should insist on it, claim what's hers. "Well, you nurse your babies my baby. Don't you let anyone tell you anything else." Amen to that, Gila Green.

Originally from New York City, Miryam Sivan teaches literature and writing at the University of Haifa in Israel. She has published articles on Cynthia Ozick, James Baldwin, and Jane Bowles, and numerous Israeli writers. Her book length study on Cynthia Ozick, Belonging Too Well: Portraits of Identity in Cynthia Ozick's Fiction came out with SUNY Press in 2009. Sivan is the author of the fiction collection, SNAFU and Other Stories (Cuidono Press, 2014) and a novel, Make it Concrete, (Cuidono Press, 2019).

‘White Zion’ is not without black humour
Meet me in Vancouver, Seattle, Toronto, Tel Aviv