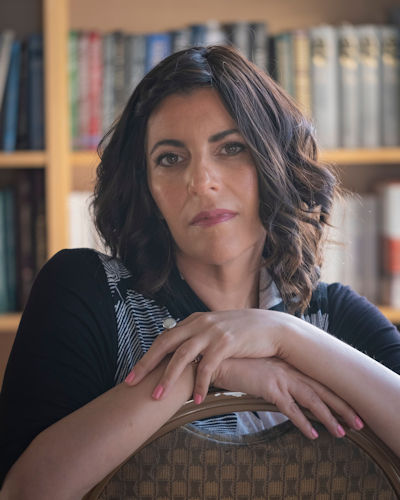 Canadian author Gila Green is an Israel-based writer, editor, and EFL teacher. She's the author of four novels: White Zion, a novel in stories that migrates from Yemen to Ottoman Palestine to British Mandate and modern Israel (Cervena Barva Press, 2019), and Passport Control (S&H Publishing, 2018) that follows heroine Miriam Gil from Canada to Israel where she falls in love, discovers a family secret, finds herself unable to navigate her new surroundings, and gets wrapped up in a murder. Her first young adult eco-fiction novel is No Entry , (Stormbird Press, Australia.) In this novel seventeen year old Yael Amar uncovers a deadly poaching ring in South Africa's Kruger National Park. The first in an environmental series that stresses the dangers of elephant poaching, No Entry is a must read for anyone who cares about the planet and animal conservation and introduces a Jewish eco-heroine. Her first novel is King of the Class (NON Publishing, Vancouver, 2013). This political satire imagines a post civil war, futuristic Israel divided into one secular and one Halachik state through the eyes of unhappily married Eve who must save her son from his would-be kidnappers.

Her work has been short-listed for the Doris Bakwin Literary Award (Carolina Wren Press), WordSmitten's TenTen Fiction Contest, twice for the Walrus Literary Award, and twice for the Eric Hoffer Best New Writing Award. Gila wrote the introduction to Doikayt, an anthology of short tabletop roleplaying games about Judaism or Jewish themes, written and illustrated by Jews (released November 2020).

Gila's fellowships include the Summer Literary Seminars Program (Montreal). She has lived in Ottawa, Winnipeg, Vancouver, Johannesburg, Tel Aviv, Haifa, and Jerusalem. Gila has been an SCBWI member and participated in the 2020 February Vancouver Jewish Book Festival.

In addition to her novels, Gila Green has published dozens of short stories in literary magazines and anthologies in the U.S.A., Canada, Australia, Israel and Hong Kong.