"My main issue was to stay true to historical events and personalities." 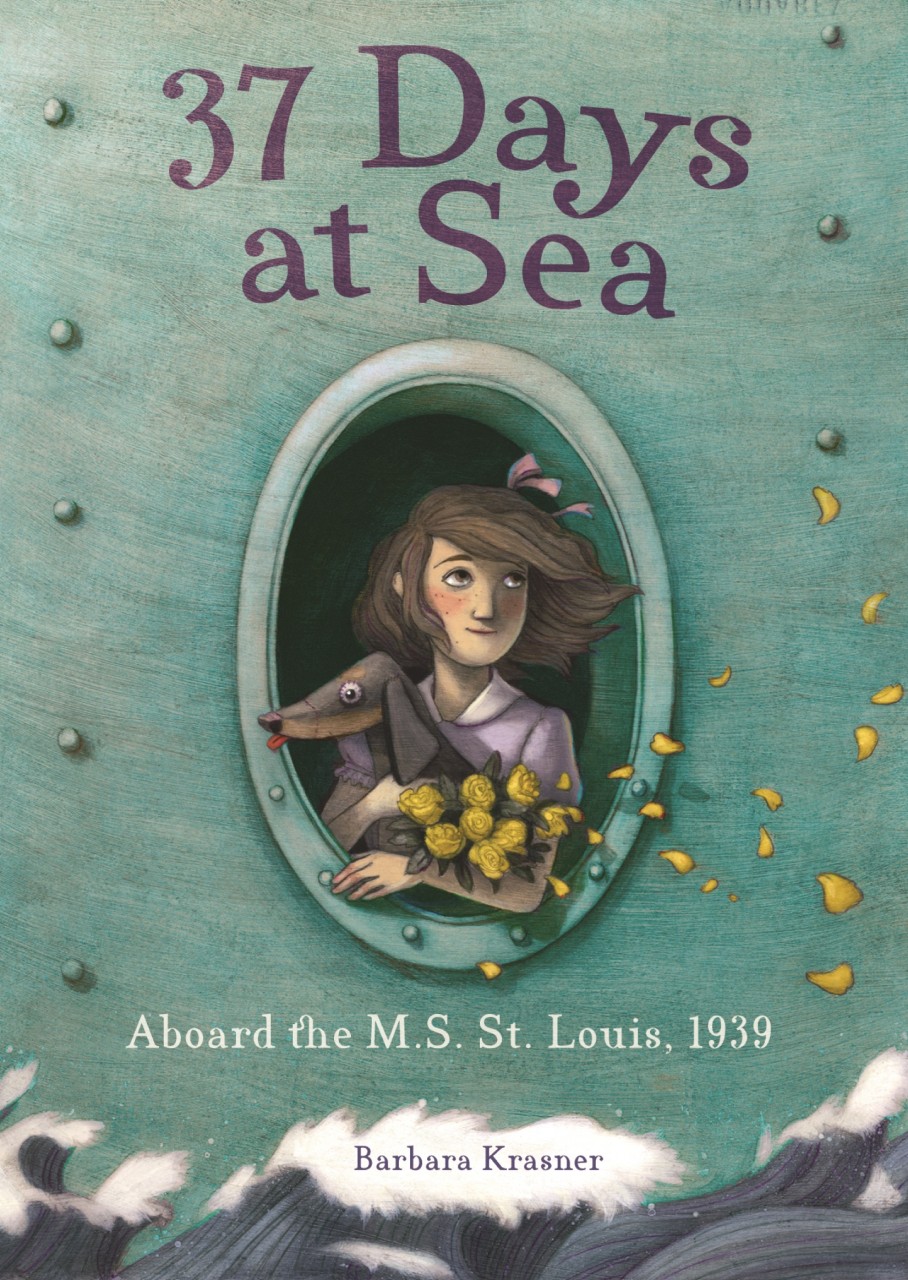 Barbara Krasner is one of those authors I've met online who I would love to meet in person. We share so many of the same interests, particularly history and a fascination with the 1930s and 1940s. While Barbara approaches this time period from a different point of view, we have both devoted ourselves to research and examination of the world right before, during and post WW2, particularly the Jewish world. Her work has inspired me to consider writing more of my own history, particularly about a great uncle I have on my father's side, who was a prisoner of war in Cyprus for six years after he was captured by the Germans fighting in British uniform as a Yemenite Jew from Palestine. It's a goal inspired by others who share a desire to preserve history for the next generation. But for today, I join Barbara in celebration of her new novel 37 Days at Sea and its exploration of one Jewish family's attempt to escape the Nazis. This novel in verse is written through the eyes of Barbara's 12 year old heroine.

Bio: Barbara Krasner is Director, Mercer Holocaust, Genocide & Human Rights Center in New Jersey. A doctoral candidate in Holocaust & Genocide Studies at Gratz College, she teaches in the Holocaust & Genocide Studies at The College of New Jersey. She holds an MFA in Writing for Children & Young Adults from the Vermont College of Fine Arts. She is the author of more than 40 books for young readers, two poetry chapbooks, and numerous poems, short stories, and creative nonfiction essays that have appeared in leading literary journals.

GG: Your work immediately reminded me of Sandra Cisneros' The House on Mango Street and Enchanted Air: Two Cultures, Two Wings by Margarita Engle, both of whom I teach in my autofiction class. Did any such authors influence your work?

BK: I did read Alma Fullerton's Libertad, Padma Venkatramen's A Time to Dance, and some other novels in verse, I'm sure. When I'm writing and revising, I read a lot for inspiration.

GG: Did you feel pressure to teach a certain lesson or to make a specific point?

BK: No. My main issue was to stay true to historical events and personalities. However, I adhere to what Elie Wiesel once said about the voyage of the St. Louis: Do not stand idly by. So, in this narrative, Ruthie does what she can to repair the world. There tends to be a tikkun olam theme in most of my writing.

GG: I would like to ask about the name of your heroine: Ruth. Is this name (A good English name, as you say in your work) in any way connected to the Biblical Ruth? You mention in one interview that you want readers to learn that one person can make a difference and that certainly applies to the Biblical Ruth. Was this deliberate?

BK: No, no connection to the Biblical Ruth. Ruth was not an uncommon name for a Jewish girl in Germany. The St. Louis ship manifest had several females named Ruth.

GG: The cover is fantastic. There's so much movement in it that I really like. How much input did you have on the cover?

BK: I love the cover! I was shown the cover in advance and gave some feedback.

GG: Beethoven, Bach Benny Goodman and Artie Shaw are all references in 37 Days at Sea. How do you feel about these references in terms of the contemporary reader? Do you feel they are relatable?

BK: Above all, I needed to reflect the times and the pop culture of that time. All German kids would have known about Emil and the Detectives and about Max and Moritz, for instance. American kids would know about the big band leaders. As evidenced by the resistance group, The Swing Kids, German teens knew the American big band leaders, too.

BK: I don't really think of poetry as exposition. I didn't make a conscious choice. I wrote what felt true to Ruthie's voice. This book started out as middle-grade nonfiction, then morphed to adult poetry in several voices, then middle-grade poetry in several voices, and then finally Ruthie's voice remained the single narration. Writing this narrative in poetry vs. prose gave me liberties to really inhabit the characters. Then, when I liberated myself more by veering from total nonfiction to fictionalizing some elements (e.g., changing names, ages, creating composite characters), the story really started to take shape. The challenge was to find the right form--free verse vs. more traditional and metrical forms--to match Ruthie's emotions. For example, I used the villanelle when she reached her lowest moments of despair.

GG: Is there any plan to translate this into Hebrew?

BK: I'd have to ask Kar-Ben about that.

BK: I interviewed eight or so people who had been children aboard the MS St. Louis. Most I interviewed in their homes in the New Jersey-Pennsylvania area. These interviews provided the details, the variety of experiences, that these kids went through. Both Ruthie and Wolfie are composite characters. The granddaughter of one of the passengers I interviewed in 2010 contacted me the other day. It was lovely to hear from her.

Thank you so much for visiting gilagreenwrites today. Your book is inspiring both in content and in form, and I'm certain it will find a warm reception.