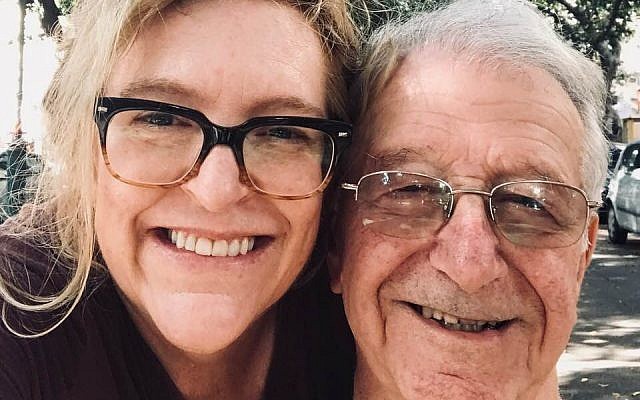 I'm so excited to have Julie Gray on gilagreenwrites today. For a change, I've actually met Julie the old-fashioned way-- in person. It was delightful to meet up in Tel Aviv and Julie gave me a boost of energy that day which I hope to repeat. She's a tremendous resources for writers here in Israel (and abroad) and now she's working on a few new projects of her own. Please welcome Julie Gray!

GG: Can you tell us the difference between the writing culture in Israel vs. the US?

JG: I lived and worked in LA for ten years and the writing culture there is really robust, with so much creativity and so many resources for writers. Having lived in Israel for the past 7 years, I have definitely encountered a large number of very talented, undiscovered writers, which I think is exciting for Israel. The writing culture here is a bit scattered; there are less resources for writers, co-working spaces for writer/creatives, etc. There is a kind of writing "diaspora" here, if you will. I find good writers on various Israeli Facebook groups, even groups that aren't about writing, per se! In LA, most writers are naturally aiming at screenwriting and filmed content, whereas here in Israel, even though we have outstanding films and television programs created here, the barrier to entry is also who you know, but tends to be a smaller, more insular group than in LA. The thing I love about Israeli writers is that they come from so many different backgrounds and have so much to say. There is so much untapped talent here.

​​GG: Please tell us about the Memoir Project?

JG: Not Another Holocaust Story: The True Adventures of Gidon Lev began as a memoir, and then turned into a co-written project. Gidon Lev, or, as I call him, my Loving Life Buddy, is a survivor of the Terezin concentration camp. Only he and his mother survived. Gidon went on to have a very full, busy, adventurous life here in Israel, and when we began working on his book together, we fell for each other! So the book became as much about Gidon's memories of the past in Czechoslovakia and in Israel, as it is about our times together, as we wrote this book. This gives the book two perspectives; one of a Shoah survivor and Israeli and one of a California writer/editor thirty years younger, who struggles to put all of the above into the context of today.

GG: What has been the response to this project so far?
We have been met with so much love and support. Yossi Klein Halevi (who wrote Like Dreamers and Letters to my Palestinian Neighbor, among other books) is writing the forward to Not Another Holocaust Story, and we have had a number of other well-known writers and academics support us in a number of ways. The big test will be when we float the manuscript out there to publishers.

However, the recent survey published by CNN , about the rise of antisemitism in Europe, combined with the reality of a rising level of antisemitic hate crimes in the United States, the UK and in France have shaken us all. Fully one-third of Europeans do not know anything about the Holocaust. One of five Europeans surveyed believes that Jews have "too much influence" in the media and in politics. The world is on fire.

​​GG: Can you comment on this quote from your site? How is this integral to your project? If anti-semitism was NOT on the rise, would it change your project?

JG: It's integral to the project because we have two different sources of urgency to get the book out there. One is Gidon's age. He is 84 years old and in good health but I want him to enjoy the feeling of accomplishment of having his story out there. The other sense of urgency that Gidon and I both feel is the climate today of racism, hate and ignorance. We were both stunned by the results of that CNN survey and hope that our book might provide an "way in" for people who may not be familiar with testimonies about the Holocaust and for whom a more "popular" book set also against the backdrop of the unlikely relationship that Gidon and I share lends itself to a read that is educational and informational about the Holocaust but also entertaining and uplifting - and possibly, hopefully, shared widely and discussed. Our audience is book clubs and ordinary people who haven't read Victor Frankl or Eli Wiesel; we want our book to be accessible, a kind of Tuesdays With Morrie book, if you will.

GG: Do you have another project in the works? Can you tell us about it?

JG: I have been working on my own memoir, They Do Things Differently Here, about moving from Hollywood to Tel Aviv, seven years ago. It's about the loss of my brother to suicide, my attempt to run away from grief, and finding myself in a new country in which, at the time, I did not speak the language. It's actually a funny book, it's as if Eat Pray Love went horribly, horribly wrong. I have been working on it for several years but I couldn't find the bookend to conclude the book. Then I met Gidon and oddly, the end of my book is the beginning of his, although the books won't come out in that order!

For more about Not Another Holocaust Story: The True Adventures of Gidon Lev