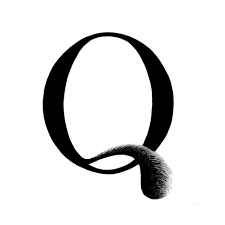 Thank you so much to Melissa Schack for interviewing me in the recent edition of Quail Bell Magazine.

MS: How have the Australian wildfires affected your work?

GG: First, thanks so much for having me on your forum. I am delighted to have the opportunity and appreciate your time. The Australian fires burned my publisher to the ground. Stormbird Press was located on Kangaroo Island, and the press doubled as a home for the publisher. So, she lost everything: her home, her business, her equipment, and the animals she provided a home for. At the time, I was preparing to attend the Vancouver Jewish Book Festival (back in the days when we flew), and I tried not to let it throw me, but obviously, I could not receive maximum support, though they tried their best. I had already written the first draft of the sequel, so a second effect of the fires is that it held up submission, and with Covid-19 arriving on the heels of the fires, the delays were amplified. It has put the brakes on my sequel, but I'm not giving up hope. They are an environmental press dedicated to wildlife                                                                                              conservation and won't surrender.

MS: What is your favorite line from No Entry? I actually love the last line. If you've ever struggled with last lines, you'll know how particularly delightful it is to love your final line. It makes you sing inside before writing The End.

The 'she' is Yael Amar, the heroine. Here's my favorite line: "She'll tell them what she's able to tell them about the bleeding, female elephant with no life left and no face; the lion-hearted, lonely white girl who took her there; and the poor, scarred, black artist, who got them all home safely."

MS: How has COVID-19 affected your career and your personal life?

Wow, how much space is available for this answer? It has honestly affected every aspect of my life, from going to the dentist to the grocery store to writing a new story. COVID-19 has affected my career as an author in that my sequel is now nothing short of extremely delayed because now so many publishers and artists are requesting government assistance. There's a lot of competition. I had planned a trilogy, and now I've had to push ahead with other projects. Though I'm still sharpening the sequel as I do believe we'll all get through this. It has changed the new novel I'm working on as I plan to make it even more romantic and escapist than before as I believe people want and need to escape, and that won't be going anyway any time soon.

In other ways, it's enabled me as an author to reach platforms I would not have reached because there was so much generosity and community in social media and in other writers' forums in which people offered to give a platform to books affected by the pandemic. I was and am very grateful for the embrace. For example, I'm a member of SCBWI, and they put a whole series of outstanding workshops online that I believe would never have happened pre-pandemic, and I've enjoyed them enormously.

I'm a college lecturer, and the classes were first moved to zoom and now canceled for the summer, so that's been a major hit as normally summer is my busiest teaching time. It has forced me to reinvent new ways of reaching people. For example, I'm teaching my first Zoom Hybrid Writing: Autofiction class next week. I had considered Zoom on and off, and now ideas I had considered have vastly accelerated, such as Zoom teaching. I have other Zoom teaching plans in the works that I only toyed with before. Things sped up dramatically and just as dramatically came to a sudden stop.

As to my personal life: I have five children, and one is married, so at one point for three weeks in April, we were 8 people and one large dog living under one roof, forbidden to go more than 100 meters from the house. I'll leave that to your imagination. Watching my kids try to learn on Zoom was hard as I saw how difficult it was for them to engage this way, to be without the company of their peers and youth groups, to be confined, to watch my daughter's face when she realized there would be no high school graduation after years of hard work... again, so many things. But we are resilient, and we will adapt and ultimately succeed. I really believe that even though I'm not naive and realize we're still in the woods. I believe we have to accept it, not fight it, and from that point, we can begin to take steps forward.

MS: Why is it important for people to support the arts, even during times of uncertainty?

GG: This is precisely when the relevance of the arts is absolutely uncovered for all to see. The arts is one giant life raft during times like this.

One of the things that saved me personally was every Thursday night at 9 PM on YouTube I could watch the British National Theater. In March and April, I would talk about it all week and wait for it and plan my snacks and drinks, what time I'd set up. I banned everyone not interested from the room (not easy when no one can go outside) and fussed over the pillows and lighting. I've never done anything like that before.

For 2 or 3 hours, I was immersed in a narrative, and I could forget about the 24/7 news and the nonstop numbers of Covid-19 patients growing all over the world and my fears for the universe. They were very precious hours. The same goes for books, music, drawing, lifesavers all. If it's not 100% obvious now to everyone how badly the arts are needed and must be supported, then I don't know what would make it any clearer. They slowed down the bandwidth on Netflix, didn't they? Many of those movies and shows began their lives as books, needed music to make them hit home and on and on.

MS: What are your book recommendations for those who are looking for material to read during mass quarantine?