Review: My Real Name is Hanna 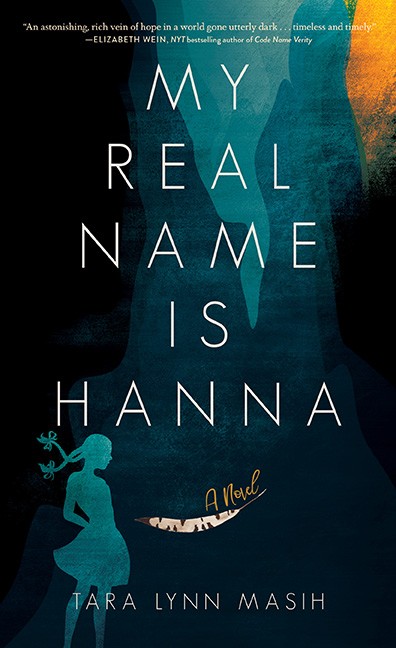 "I am listening at the top of the stairs again. I feel sick to my stomach. Scared. War is coming closer. People I have seen who walked on our roads are being murdered. Proof that Jews are being lied to. There are no safe camps or ghettoes any longer. Blood pounds in my ears. My head hurts…I dream of guns firing and water splashing."

Excerpt from Tara Lynn Masih's My Real Name is Hanna

In 2012 a documentary about three Jewish families who survived the Holocaust was released to critical acclaim; eventually its screenwriters Janet Tobias and Paul Laikin were nominated for Best Documentary Screenplay. Titled No Place on Earth the docudrama by Janet Tobias tells the true story of three Jewish families living in the Verteba and Priest's Grotto caves southwest of Kiev—this was just about the only way Ukrainian Jews had a chance at survival. And chances of survival were slim to none, only five percent of Ukrainian Jews survived. Masih was inspired by this film and went on to spend five years researching and writing My Real Name is Hanna.

My Real Name is Hanna authored by Tara Lynn Masih is a young adult novel set in the Ukraine during the Holocaust. It's enormously readable for teenagers age 12 and up and effectively researched.

The coming of age novel follows fourteen-year-old Hanna in her struggle for survival in the darkest of times but does not leave out her first kiss and the power of family ties. Masih's heroine stays with you long after you've turned the last page. Her insights speak for themselves:

"I understand at that moment the intense vulnerability of the body as victim. How we as humans need other humans we can trust to take care of our bodies and souls sometimes. How we have to put ourselves in a vulnerable position for help. And how we have to pray that those around us have empathy."

This recommended story takes pains to portray its heroine and her family the Slivkas as fighters rather than victims, as human beings determined to retain their humanity rather than people downtrodden by circumstances, no matter how evil. Bravo!

No Entry and Passport Control: New in the Library
"Green’s novel was somewhat prophetic in its predi...