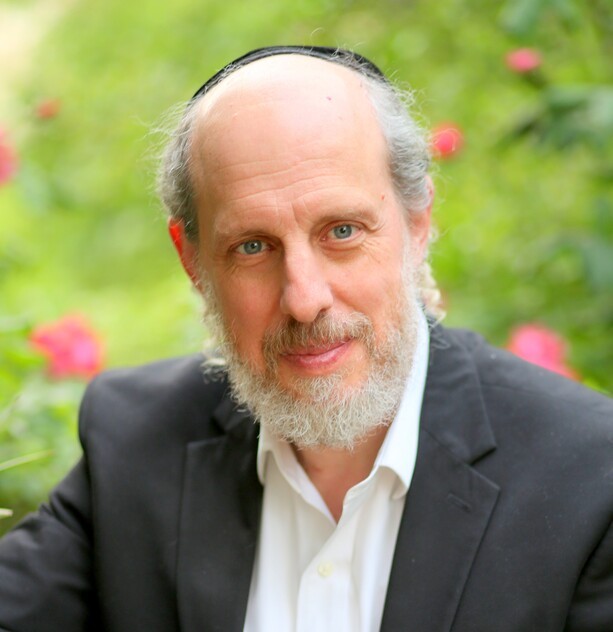 Author Eliezer Shore visits gilagreenwrites today. He offers advice to writers about "the creation of vibrant images" in the minds of their readers. Welcome to gilagreenwrites!

BIO: Eliezer Shore is a Jerusalem-based writer, teacher and storyteller. His articles and stories have appeared in publications and anthologies worldwide. His most recent book is Meeting Elijah: True Tales of Eliyahu Hanavi, published by Tehiru Press, available on Amazon.

It's not hard to think of writing as the act of conveying ideas through words. That may be true of most non-fiction. Fiction writing, however, as well as poetry and popular non-fiction entail something else—not merely the conveying of ideas but the creation of vibrant images in the reader's mind. This is because images can engage a reader and pull him or her into a story far more powerfully than mere verbal descriptions, allowing them to see another point of view and to more fully experience a place or event.[1] So, while artists and photographers create images with paint or film, writers create images with words.

The paucity of words alone to capture emotion is evident in the following sentence:

"I really love this," Lisa said, as she held up the dress.

To the reader, this sentence conveys almost no cogent information. Does Lisa really love the dress? Perhaps she is only saying it. Maybe she even hates it. Without seeing Lisa's expression, in our mind's eye, we are left with an incomplete picture. A writer could add color and authenticity to the sentence by adding a visual element:

"I really love this dress!" Lisa exclaimed, as she spun happily around.

Now, at least, we can see Lisa in our imagination and form a better appreciation of her true feelings. And, in as much as a writer seeks to engage his readers in the lives and concerns of his characters, we are far more drawn into the story.

One of the important tools at a writer's disposal for creating a verbal image is metaphor, in which one thing is described in terms of another, to add greater depth to the first. Metaphor attaches a secondary image to a scene that layers and deepens our appreciation of the situation.

"I really love this dress," Lisa exclaimed, spinning around happily like a child.

Metaphors are verbal images that create indelible images in the reader's mind. This is partly due to the fact that the readers themselves must imagine the connection between the images being compared, thus deepening their own involvement in the reading experience. To say, "my dorm room is like a prison" summons up, very concisely, an entire range of images that might otherwise take several paragraphs to spell out fully.

And yet, choosing a metaphor is not a simple task, but requires thought and creativity on the part of the author.

For our discussion here, I would suggest that there three kinds of metaphor – ineffective, innocuous and effective (or affective). The most famous ineffective metaphor is the mixed metaphor, in which two or more incompatible images are lumped together, to produce a jarring, and at times ridiculous effect.

"His tower of strength will forge ahead."

The author here has mistakenly juxtaposed two images of war. Towers are stable and defensible; they do not forge ahead in battle, as do foot soldiers. Thus, the metaphor does not work. Following the line of thought above, that metaphors create verbal images, mixed metaphors are problematic because they result in a confusing picture in the reader's mind. Other types of ineffective metaphors are cliches ("She has a heart of gold"), which is so trite as to be almost meaningless, and incongruous metaphors.[2] There is a fourth type of ineffective metaphor, which I will return to below.

What I call innocuous metaphors are far more pervasive than mixed metaphors and can be found in the prose of many inexperienced writers. These metaphors add color and description to a passage, but they do not add depth.

"Her face was pale as the moon."

"He was as tall and firm as an evergreen."

While these metaphors do help build a mental image, they do not make use metaphor's full power to create a broad and deep picture of the thing being described.

In its most effective (and affective) use, metaphors do not simply add a visual description to a scene, they deepen our understanding of the characters and situations at hand.

I first became aware of this type of metaphor when reading the book The Heart of the Matter, by British novelist, Graham Greene. The following line is from a scene in which Scobie, a police officer, ends a relationship with a woman who loves him, but whom he has emotionally abused.

"I'm sorry," Scobie said. He put out his hand and covered hers: the knuckles lay under his palm like a small backbone that had been broken.

Greene could have used other metaphors to describe the woman's hand: "her hand lay under his as tight and hard as a rock," for instance. However, such a metaphor would not have as effectively conveyed the image of an emotionally bent and broken woman. In other words, the metaphor does not only help us envision the situation, it adds a much deeper understanding of the people and events involved.

Another example of an effective metaphor can be found in a novel by Liu Cixin, a remarkably poetic Chinese science fiction writer. There is barely a paragraph in his prolific writings that does not contain one beautiful metaphor or another.In the following passage, the heroine, Cheng Xin, encounters Thomas Wade, a ruthless CIA agent.

Cheng Xin thought she saw exhaustion and laziness in those eyes, but there was also something deeper, something sharp that made her uncomfortable. A smile appeared on Wade's face, like water seeping out of a crack in the frozen surface of a river; there was no real warmth, and it didn't relax her. (Death's End)

Later in the book, Liu uses the metaphor again:

That smile, like a crack in the ice, spread across Wade's face.

Here, too, the metaphor does not simply add an image, it tells us a great deal about the character himself. Wade's smile is like ice—cold, insincere.

If we appreciate metaphor's potential for adding depth, we can understand when it fails, such as when images are juxtaposed meaninglessly or haphazardly. This leads to the fourth type of ineffective metaphor, as I mentioned above. As an example, I found the following metaphor online:

The doctor inspected the rash with a vulture's eye.[3]

Apparently, the author sought a metaphor that would describe the doctor's keen and perceptive vision. However, the metaphor fails because it links a negative image to a positive one. True, if the doctor has previously been painted as a cruel and callous person, then the metaphor would work, since it defines him as a predator who wants to rip into the patient's skin. However, if he has been identified as a kind, old country doctor, the metaphor fails miserably.

Constructing a good metaphor is an art – and not easy to do. Aristotle wrote that "the greatest thing by far is to be a master of metaphor." It is "a sign of genius, since a good metaphor implies an intuitive perception of the similarity in dissimilars."[4] I strongly recommend novice writers to pay attention to the use of metaphors in literature and poetry, to see how well they deepen and add to the context of the writing. A writer would do well to peruse the book A Dictionary of Similes, by Frank Jenners Wilstach,[5] which contains 16,000 similes and metaphors, categorized under some 3,000 subjects, to get a sense of the beauty and power of a good literary comparison, as well as weak and cliched ones. In all cases, metaphors are powerful tools for building verbal images. As such, they should be constructed carefully and thoughtfully.


[1] See here for an example of a passage both with and without descriptive elements: https://www.texasgateway.org/resource/imagery-metaphor-and-simile-english-ii-reading