There is an urgent need for books with religiously diverse characters who don't stand out because of their religion or beliefs. 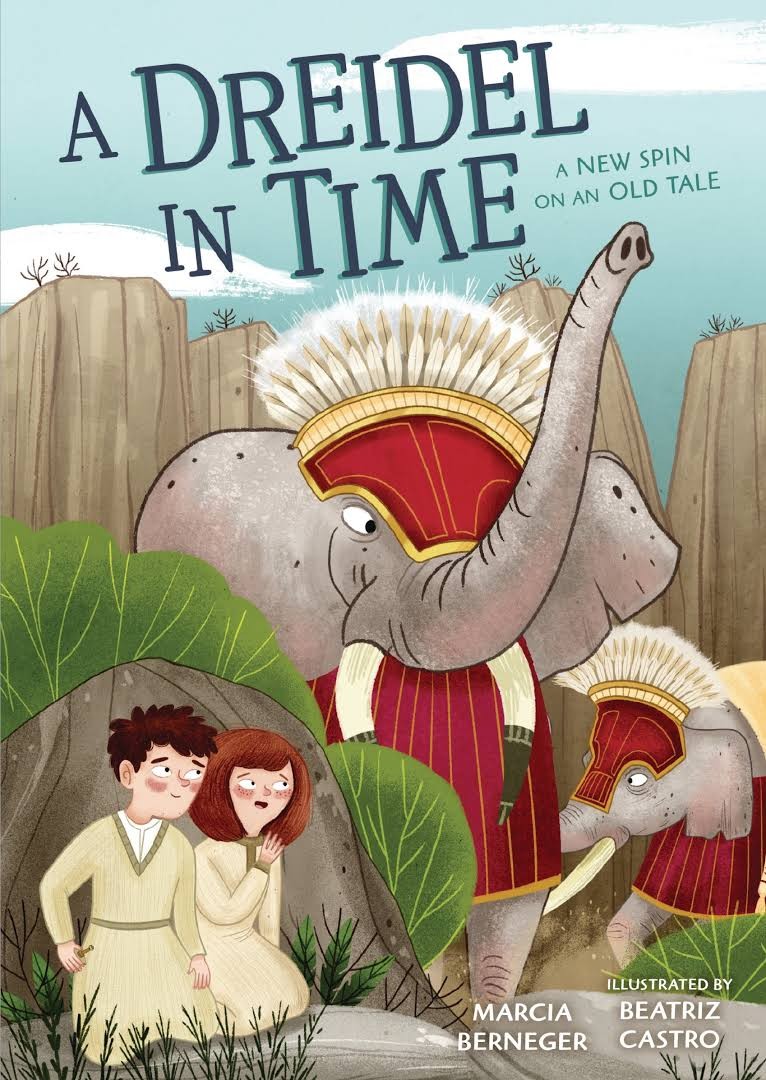 I want to welcome Marcia Berneger to gilagreenwrites. I'm so happy to have her here to share her thoughts on a topic on the minds of many readers and writers: diversity in children's books. Thank you Marcia for stopping by and I wish you the best of luck on your book, A Dreidel in Time, coming out just in time for Hanukkah.

Marcia is a retired first/second grade and special education teacher, passionate about writing stories that help children navigate their world and see themselves in the books they read. She has two traditionally published children's books, Buster the Little Garbage Truck (Sleeping Bear Press, 2015) and A Dreidel in Time (Kar Ben, 2019) and a new picture book (Busy Feet, Starry Forest Press) releasing in 2022. Marcia is a member of SCBWI, Children's Book Academy, 12 x 12, and the Storyteller Academy.

Publishers are putting a greater emphasis on diversity in the books they choose. It is vitally important for all children to see themselves in the books they read. The current focus is on BIPOC, LatinX, LGBTQ+, and ND (neurodiversity).

A new type of diversity is appearing in bookstores highlighting children with different religious beliefs. These readers also need books that mirror their traditions and customs. This blogpost will focus on my area of expertise, Jewish KidLit, but the principals extend to all minority religions and belief systems.

I'm passionate about writing books that help children learn to navigate their world. I'm equally passionate about enabling children to find themselves in the books they read. It's comforting for them… it's empowering.

I don't remember having any books about Jewish holiday books when I was young. The first time I read a book with a Jewish character was in high school. My teacher suggested I read The Chosen, by Chaim Potok. I don't remember much about the story, but I was impressed that it had Jews in it.

When I started teaching Sunday School, and especially when my sons were young, I began to see Jewish-themed picture books appear in stores and on library shelves. They tended to be about holidays (Polly's Purim, Molly's Menorah, and so forth). I created my own stories and shared them with my students. I even thought about publishing them, but they were my first attempts at writing and were quite "rough around the edges."

By the time my own kids were teens, I wrote a chapter book about Hanukkah. I was fascinated with facts my research uncovered, historical facts connecting the Maccabees from the Hanukkah story to George Washington's battle tactics. It took many years before I had the courage to send this "Jewish" manuscript to publishers.

Times have really changed and now there are numerous Jewish-themed books out there for parents to choose. From board books for the youngest audience to chapter books for older readers, stories about specific holidays such as Hanukkah, Passover and Shabbat teach children about Jewish culture. My own chapter book, A Dreidel in Time, uses a bit of dreidel magic to retell the Hanukkah story. These books are great for introducing Jewish holidays and traditions to both Jewish and non-Jewish readers.

Then there are books that center around a Jewish holiday, but are focused on universal, child-friendly themes including sharing, helping others, friendship, and even science. The Passover Guest, by Susan Kusel (Neil Porter Books, January, 2021), historically references the Depression with a magical ending for a little girl and her family. Baby Loves Angular Momentum on Hanukkah! by Ruth Spiro (Charlsebridge, August 2021), takes the spinning dreidel one step further, teaching young children about molecules and friction. These books take a step toward helping Jewish children see themselves in the stories they read.

Jewish books beyond a holiday focus

Recently, books are being published that branch out from the holidays into other areas of Jewish life. Bitter and Sweet, by Sandra V. Feder (Groundwood Books, 2018), talks about a Jewish child moving to a new town and wondering if she'll fit in. In one spread, the family is lighting the Shabbat candles, but it is a casual reference, not the focus of the story. Don't Sneeze at the Wedding, by Pamela Meyer Lerner Books, 2013—a book definitely ahead of its time), is the saga of a little girl who can't stop sneezing. Everyone gives her a way to stop so she doesn't spoil the Jewish wedding she'll be attending. A humorous look at a child's dilemma. Biographies about stellar Jewish people, such as Nancy Churnin's upcoming book, A Queen to the Rescue, The Story of Henrietta Szold, Founder of Hadassah (Creston Books, October 2021), talk about important people who happen to be Jewish. These books help normalize different religions, in this case Judaism, as the backdrop for a story, but not the focus.

There are also books that combine children from different religions seamlessly into one story. Yaffa and Fatima, Shalom, Salaam (Kar Ben, 2017), by Fawzia Gilani-Williams retells a well-known folktale, thought to be of Jewish origin, changing the characters from two brothers to two girls, one Jewish and one Muslim. The story highlights the similarities in their holiday celebrations, continuing with how they show kindness to each other. Planting Friendship: Peace, Salaam, Shalom by Melissa Stoller, Callie Metler and Shirin Shamsi, (Spork, October, 2021), is another great example of friends working together who happen to be of different faiths. Different religions are reflected in these stories, but the focus is on the children as they figure out kid-friendly problems.

There is also an exciting push in the last few years to publish books for some of the smaller religious minorities. While many of them are basic vocabulary books, some are using stories to teach the cultural values of each religion. There are Baha'i and Hindi books now appearing on store shelves. Authors are now creating stories so all children can see themselves in the books they read.

Diversity in children's books beyond religion

But what about children whose spirituality is not defined by a specific religion? There are a growing number of books on yoga and mindfulness, including one written by Eric Carle in 2019 called Calm. Books teaching values like compassion, kindness and controlling anger are all popular subjects now. My own writing journey has led me to this area as well with the creation of a book on breathing through stormy feelings to find calmness and peace.

What does the future hold for authors of children's literature in this area? There is an urgent need for books with religiously diverse characters who don't stand out because of their religion or beliefs. The details (a kippah on a boy's head, a hijab on a girl, matzah or naan for lunch, observing Shabbat or celebrating Ramadan) must be as matter of fact as turkey on Thanksgiving or hearts on Valentine's Day. The setting could include a menorah in the window (instead of a Christmas tree) or the passage of time can be marked by Halloween, Thanksgiving, Hanukkah and Passover, for example. We need stories where the characters just happen to be Jewish, Muslim, Christian, Baha'i, Hindi, agnostic, atheist, LGBTQ+, spiritual, meditative, and so forth.Every child deserves the right to see himself, herself, or themself in the books they read. And it's up to us to provide those mirrors. If we fill bookstore shelves with books that portray children from many backgrounds as a natural part of our stories, we open readers up to a world where religious diversity is not the exception but the new normal.

What a fabulous post! Marcia, I loved all of the examples you gave and how you showed that there are many types of diversity and that books can be wonderful vehicles to help children experience and embrace the differences and similarities among us.

0 Cancel Reply
What a fabulous post! Marcia, I loved all of the examples you gave and how you showed that there are many types of diversity and that books can be wonderful vehicles to help children experience and embrace the differences and similarities among us.
Cancel Update Comment
1