Guest Post: Miriam Drori talks about her role as a rebel 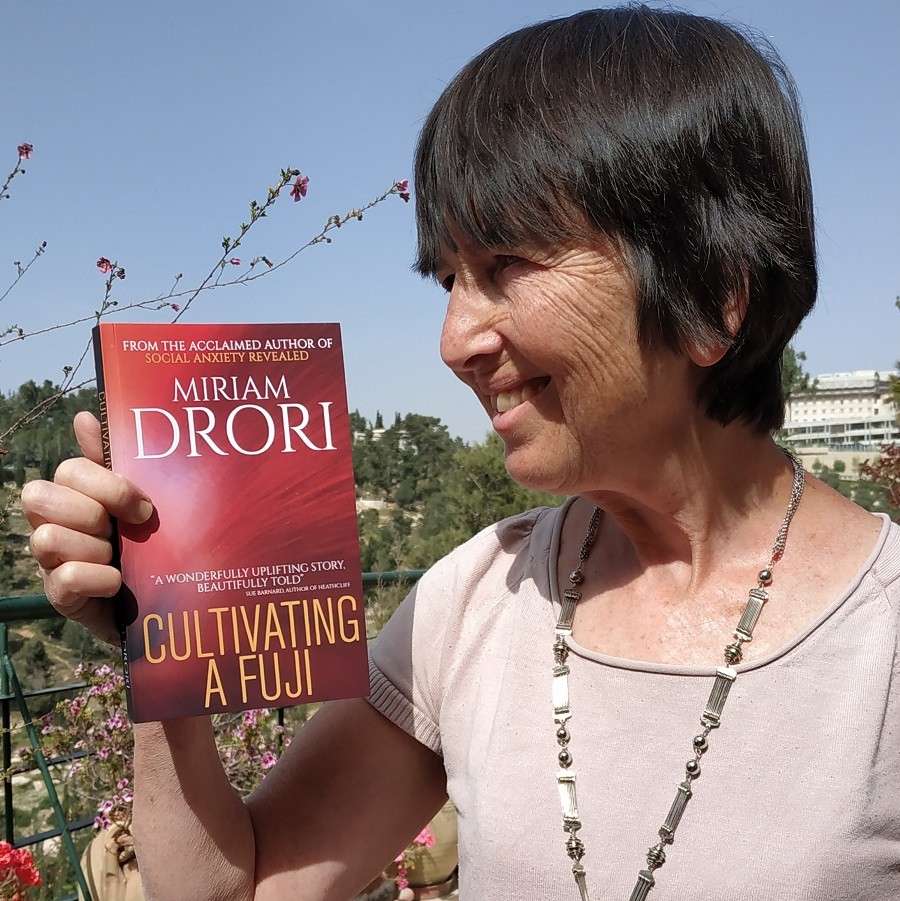 In one scene of my latest novel, Cultivating a Fuji, the main character, Martin, has to get himself an emergency passport. Martin, despite being intelligent, has no social skills and doesn't know how to stand up for himself. The scene shows the interaction between him and the woman who has to serve him at the passport office. The chapter containing this scene is told from her point of view and begins by following her into work as she reflects on other parts of her life.

When I submitted the chapter for critique by my writing group, I was met with rules:

Here, I should backtrack and define backstory.

Wikipedia says: "A backstory, background story, back-story, or background is a set of events invented for a plot, presented as preceding and leading up to that plot. It is a literary device of a narrative history all chronologically earlier than the narrative of primary interest."

Merriam-Webster says: "…a story that tells what led up to the main story or plot (as of a film)."

Now Novel says: "It's the web of formative experiences that help to explain your characters' desires, fears and motivations."

I knew I wanted to include this woman's backstory. For one thing, it helped to create some of the humour in the scene with Martin. But more importantly, the backstory definitely has an impact on the way she reacts to Martin, both negatively and positively. At first, following the dash to work after having to leave her children with her sister, she has little patience for this strange guy. Later, she changes her mind due to a look of despair that she recognises:

He looked straight at Adrienne for the first time since they met. Adrienne noticed how blue his eyes were and how soul-searchingly sad. In fact, his whole face was a picture of misery. He reminded her of little Timothy when he'd hurt himself and was trying to be brave and not cry. Suddenly, Adrienne couldn't turn him away.

If this woman didn't have a backstory, she would seem callous for most of the scene. Her change of heart towards the end would be unconvincing.

Faced with the second rule from my writing group, I tried to bring the woman back, later in the novel. But the scene didn't work and was rightly rejected by the group. Could I break the no-backstory-for-a-non-returning-character rule?

This is what I've decided about novel-writing rules. There are several rules. They're all important, well-thought-out and necessary. Writers should know all of them. Then, when they know and understand the reasons behind the rules, they can break them, if they feel that's necessary in a particular novel.

The passport woman is not the only minor character in Cultivating a Fuji to have a backstory. It was important to me for readers to understand their motivations when reacting to Martin. There are even people who want to help Martin, but they don't know how. Their backstories have provided no experience in dealing with the phenomenon that is Martin. In addition, the other characters and their backstories often help to lighten the mood of what could have been a depressing read for much of the novel.

Are there any precedents? Here's one that I found: Standout Books says, "In Ed McBain's 87th Precinct series, every minor character has a backstory." Also, "It is the highest accolade of the minor character to simply make sense, to fit, and thus to mask the mechanics of the fantastic story they happen to have wandered into." My minor characters wouldn't have made sense without their backstories.

What have reviewers written about the backstories in my novel? As you might expect, there is no consensus. Some of them really like getting to know all the minor characters. Others find the backstories to be excessive at times. Clearly, no novel can please everyone.

And me? I still think my decision was right for this novel.

By the way, the backstory rule isn't the only one that I broke in Cultivating a Fuji. Here are two others that I've discussed in other places:

I deliberated for a long time about these rules before deciding I could and should break them where suitable in Cultivating a Fuji.

Miriam Drori has decided she's in the fifth and best stage of her life, and she's hoping it'll last for ever. It's the one in which she's happiest and most settled and finally free to do what she wants. Miriam lives in a delightful house and garden in Jerusalem with her lovely husband and one of three children. She enjoys frequent trips around the world. She dances, hikes, reads and listens to music. And she's realized that social anxiety is here to stay, so she might as well make friends with it.

On top of that, she has moved away from computer programming and technical writing (although both of those provided interest in previous stages) and now spends most of her time editing and writing fiction. Neither Here Nor There, a romance with a difference set in Jerusalem, was published in 2014. The Women Friends: Selina, co-written with Emma Rose Millar, is the first of a series of novellas based on the famous painting by Gustav Klimt. Social Anxiety Revealed (non-fiction) provides a comprehensive description of social anxiety from many different viewpoints. Cultivating a Fuji tells the story of a guy who's different.

Vote for my book cover please
Guest Post: Writing about Myself at Age Three by R...