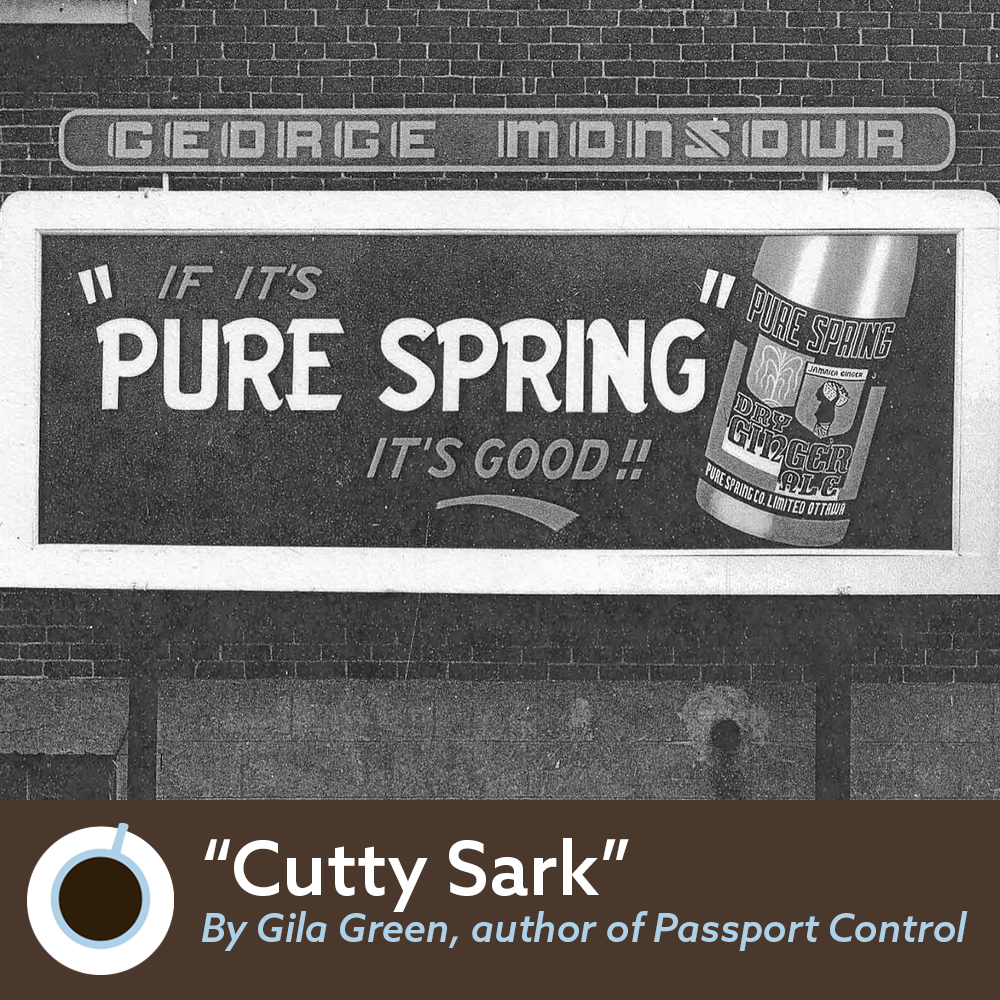 My newest flash fiction piece is out on Writer's Bone.

Britannia is a hilly area with duplexes and triplexes on tree-lined streets. The Dillain's new convenience store is on the corner at the bottom of the hill. It has a picturesque frontal view of the large, local park and the Ottawa River, the chief tributary of the Saint Lawrence River, which connects the North River and Cabot Straight into the Atlantic Ocean in Canada's extreme east.

The cash register is on the left as you enter. To the left of that is a small luncheon bar with stools where Terry and Bernard serve hamburgers, fries, and shakes. That's what they told their children, Zel and Dabi, they'd be doing before they purchased the place.

In reality, it was Zel's new job since he turned eighteen and quit A&W and Dabi was supposed to slog the evening shifts, eighth grade or no eighth grade. No more retreating to her bleeding-heart grandparents every shot she gets.

If Dabi were a different sort of girl, it might be something for her to brag about; no one else in her class works. But Dabi's not that kind of girl. Instead, she swallows a dose of shame with breakfast, lunch, and dinner, but especially with dinner, which for her becomes a bag of Ruffles chips or Cheezies from her parents' corner store, while she imagines her classmates eating a protein, a carbohydrate, and a vegetable around a beautifully set table with two loving parents.

She makes change for the few people who pop in for cigarettes, milk, bread, and candies. Most customers are teenagers with long hair, wide-legged jeans, and leather jackets.

Zel is right about the pinball machines. They sure attract teenagers, all of whom look as though they've come from juvenile detention. The pinball machines encourage them to hang out longer and buy cigarettes and snacks.

Dabi learned a long time ago to do her homework in class and to catch up on the course material at recess, but this cashier job has taken her skills to a whole new level. Sometimes she is at the store until 10 p.m.

Two months after the Dillain's took possession of the store, Zel bursts in on Dabi's Halloween shift.

Good. Dabi zips her mouth. This latest scheme makes her miserable and the sooner it's over the better. Except that means her dimwitted parents will just come up with another one and the next one is invariably worse. She's too old to care about missing Halloween and her parents make a point of never being home on the last day of October. They would no more welcome a stream of kids asking for candy than they would a plague of locusts.

"How'd they get in?" she asks, pretending sympathy.

"Broke the door, Roast Cutty," Zel says. Zel calls his sister Roast, but he adds Cutty when he's really steaming. She only knows it's a signal he's about to blow. She's too young to have heard of Cutty Sark Whiskey. She jams her hands into her pockets to stop them from shaking and looks for anything she can duck behind.

One of the regulars, Garth, told her they use aspirin and cola to get high, but she isn't about to share this. She doubts he's the one who broke in. If she were to accuse anyone it would be my-face-has-taken-too-many-punches Gustav. He's the gang leader. Gustav and trouble go together like leather and lace.

"Keep a sharp eye tonight," Zel says, as he leaves.

An hour later, some big guys who are dead ringers for Gustav's younger brothers enter and saunter to the pinball machines in the back.

Dabi can't identify them because it's hard to recognize masked people in long, black coats. One was taller than the other, but height isn't much to go on.

When they troop to the back, Dabi has a pit in her stomach, dead center. These aren't Halloween costumes. A line of anger pulses through her. She knows deep down she shouldn't be here in this shoddy dump at 10 p.m. She envies her school friends asleep in safe beds or at Halloween gatherings. The flame of her anger rises to scorching.

The two boys reappear. They have the jitters; their movements are jerky. The taller one waves a knife through the air, jabs it at the cash register. It has a long blade in a brown leather case. Dabi thought she'd reached her zenith of terror when she was left alone with her brother, but she was wrong. Her stomach is in knots, her heart flaps in her chest. She's as scared as she's ever been.

The shorter one stands, unmoving beside his partner. Dabi can only pray they don't cut her up and she does. Please God. Please God. Go away. Go away. She can't keep her eyes off the sharp blade.

"Okay, okay. Easy now. Here's the money," Dabi says or maybe her guardian angel says it for her. She's so boggled she can't even spit.

She reaches into the till and hands them the few measly bills. $200. The boy with the knife slices the air with it again and they both leave.

Dabi is never the same. Just the mention of the Quick Stop and she's blinking too much and breathing too hard.

The cops told her the next day those boys used the blade to jimmy open the pinball machines first. So, her parents didn't risk her life over a measly $200, more like $400.

Dabi never sets foot in the place again. The Dillains aren't about to take over the night shift themselves.

A month past New Year's the Quick Stop is shut for good.

For an instant, Dabi truly feels sorry for her mother. What a mess she wades through from morning until night. A red flag goes off in Dabi's head. She must stop thinking this way, falling for this every single time. She remembers the knife and meditates on what freedom will feel like.

Facebook Twitter LinkedIn
My flash fiction vlog is on The Muffin
Ten Things I learned from Publishing King of the C...