What is creative non-fiction anyway?

The autumn issue of The Fiddlehead is out and I'm honored my piece "Winnipeg 1987" is part of it.

Thank you to editor, Alicia Elliott. I enjoyed your editorial so much, I repost it here. So many of you ask me for a definition of non-fiction, I recommend you read below.

Late last year I was on a panel with three other writers whose work I admired. We were there to talk about Creative Nonfiction, or CNF for short. Predictably, the first question the moderator asked was, "What is Creative Nonfiction?" All four of us exchanged a look. I laughed nervously, as I tend to do when I'm not sure how to answer a question. The seconds passed.

It's not that we didn't know this was coming. The moderator had emailed us a list of questions a few weeks before. When I saw that particular question, I emailed a reply to everyone, joking that I was going to have to do some research beforehand to figure out exactly what CNF was. The other writers joked back that they still weren't quite sure how to explain it.

Unfortunately, I still don't have a very good definition. Lee Gutkind of Creative Nonfiction magazine describes it as "true stories well told" — and then continues to clarify that definition for sixteen more paragraphs. Barrie Jean Borich, an accomplished, award-winning CNF writer, explains that she likes to keep the definition as broad as possible, describing it as "memory-or-fact-based writing that makes use of the styles and elements of fiction, poetry, memoir, and essay." Wikipedia — simultaneously the most hated and most used source of information these days — describes it as "a genre of writing that uses literary styles and techniques to create factually accurate narratives." Creative Nonfiction is all of these things. And yet, there's something about CNF that defies definition, that pushes against any box anyone tries to force it into. Maybe that's why those who write it love it so much: because it becomes whatever we need it to be.

Ever since I fell into Creative Nonfiction a few years ago, I've been enthralled by the genre's possibility, its malleability, the way it requires you to push beyond what's in front of you and see what's hidden underneath. It can hold a story in any form you can possibly imagine: from letters to essays to poems to instructions on how to chemically straighten your hair (see Tara Campbell's innovative "Soft 'n' Sheepish" in this issue if you don't believe me). It can make space for trauma, for joy, for humour, for revelation. It's a window, a door, a shelter, a tornado. It can weave a tale out of memory or braid fact and experience into argument. It can be nearly anything, accomplish nearly anything. Creative Nonfiction is, quite frankly, a bit of a miracle.

The writing in these pages was chosen from over 600 submissions. I wanted this issue — The Fiddlehead's first ever all-CNF issue — to showcase everything I love about the genre. Whether it's Tyler Dunning's nostalgic memoir of his professional wrestling past in "Eldon, Missouri," Jill M. Talbot's confrontational, intelligent interrogation of therapy and mental health diagnoses in "Checkmate," or R.L. Aseret's chilling, controlled account of her stepfather's "Spider Games," every single piece here is brave, bold and unflinching.

My hope is that as you read these eighteen brilliant, singular pieces, your understanding of CNF broadens considerably — which, ironically, will probably make defining CNF as gloriously fuzzy for you as it is for me. That's okay, though. It's part of the genre's charm. 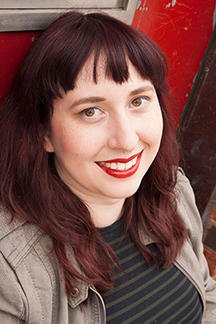 Review Passport Control by Batya Medad
Does your story need a Bad Guy?