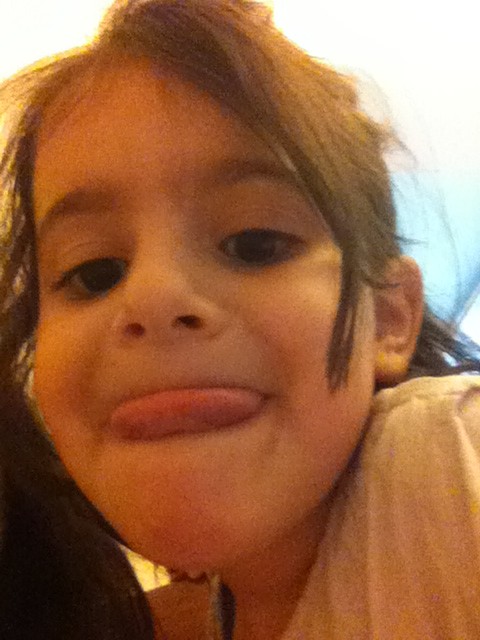 Today I was thrilled to be hosted on the Ottawa Mommy Club blog.

When most mothers think of challenging events in the first two years of an average child's life, they might think of vaccinations, fevers, tantrums, and night-waking. What about weighings? Believe it or not, for some mothers, having their babies weighed is a tremendous cause for anxiety. Often, these are mothers whose babies suffer from Failure to Thrive (FTT). Unfortunately, many of these mothers are made to feel as though their infant's FTT is their fault. I'm here to tell you it's not. Your failure to thrive baby doesn't make you a failure as a mother.

The term FTT is frightening. It is an umbrella term for what could be hundreds of conditions, ranging from disease to organic. The diagnosis can terrify even the most experienced mothers. When a doctor tells a mother that her baby has FTT, only one thing is certain: this is the first moment of a difficult road.

But life can and often does return to normal for mothers of FTT babies. Such women need to know that they are not alone and there is hope.

My third child was failure to thrive and I was completely unprepared. I had never heard of it and that's after two other pregnancies. After the diagnosis, there didn't seem to be anyone who understood what I was going through.

I did receive tremendous support from my pediatrician, but I was hurt by the number of well-meaning neighbors and even medical professionals who made me feel as though my baby's weight deficiency was a result of my unskilled mothering.

Many acquaintances told me things like, "In my house, your daughter would get fat." My baby was born 6.6 pounds at full term. She nursed beautifully. Her initial check-ups were okay, but by six months it was obvious that she was small, and at a year she was only 6 kilos.

I was utterly preoccupied by my daughter's FTT. There was not one day of respite from the time my baby turned six months until she was fifteen months old. I felt as though she was in my arms 24/7 and I had a two-year-old and a four-year-old at home, too.

I weighed my daughter weekly. I was told to write down every bite my daughter swallowed. The list was short: nearly all offers of food were refused.

It's very difficult for someone who has not had an FTT baby to understand. I was supposed to feed a baby who didn't want to eat. At the end of each day my floor held the contents of my refrigerator: yogurts, chocolate, pasta, chicken, soup, fruits, you name it. She threw it all over the floor. I tried feeding her sitting, standing, even putting food around her toys — nothing worked.

The Search for Help

I tried every route I could think of beyond my regular pediatrician. I visited a nutritionist who told me to put oil on noodles, buy full-fat milk, and give her baby crackers, never rice cakes. Then I tried another and another.

The nutritionists couldn't seem to get it into their heads that my daughter didn't eat. If only she ate noodles, I tried telling them, then I could start worrying about the oil. The only thing she wanted to do was nurse, and after hours of trying to get her to eat, I'd nurse her.

Then there was the board of ten gastroenterologists I had to sit before —like I was on trial. They looked at my baby with incredulity and added an "S" (severe) before the FTT on her medical charts.

At nine months, I tried natural medicine. It was expensive. I was told to take my daughter off of everything: wheat, peppers, dairy — which was contrary to the expensive dairy PediaSure she was supposed to be drinking — and a whole list of other foods. I couldn't handle it after a while, and I stopped.

I tested her for low iron, worms, and celiac disease. Finally, when she was a year old, my doctor said that she should have a stomach biopsy. He told me it was the only way to completely rule out celiac. Thank heaven, that came out normal, too.

Surprisingly, my FTT baby was my earliest walker — she started at eleven and a half months — and all of her fine and gross motor skills developed normally. There was just the major issue of her FTT.

My doctor kept telling me that after a year, a child's whole immune system changes, and this can cause other changes in her physiology, too — such as an increased appetite. I'm so grateful this was the case. At around fourteen months, my daughter did begin to eat small amounts of solid food.

Finally, She Made the Weight Chart

Today, she is nine and petite. She only made it onto the weight chart —the fourth percentile — in kindergarten. I always have this disquiet: should I recheck her? I found that as soon as I decided in my heart that she was developing normally, and told myself to just forget about it, much of the stress disappeared. But that took a while.

Six years later, my fifth child was born, another daughter at a lovely 7.7 pounds. By the time she was three months, I knew she was FTT, too.

Physically, it was no easier, but emotionally it was. I got a lot of strength from a story about a wise man who spent a night at someone's house and in the morning asked the mother if he could feed the baby. He explained that feeding another human being is one of the holiest pursuits; life is all about giving.

From then on, I found that the hour and a half it took me to feed my baby one small yogurt was manageable: I was giving to another human being; that had to be the best way to spend my time. I also liked to think of what my mother says: Good things come in small packages.

My message to other mothers is that you must not try to cope with this alone. Even if you have to go through three pediatricians or a variety of nutritionists, find someone who doesn't blame you and who will help you. Remember, to take care of yourself, too.