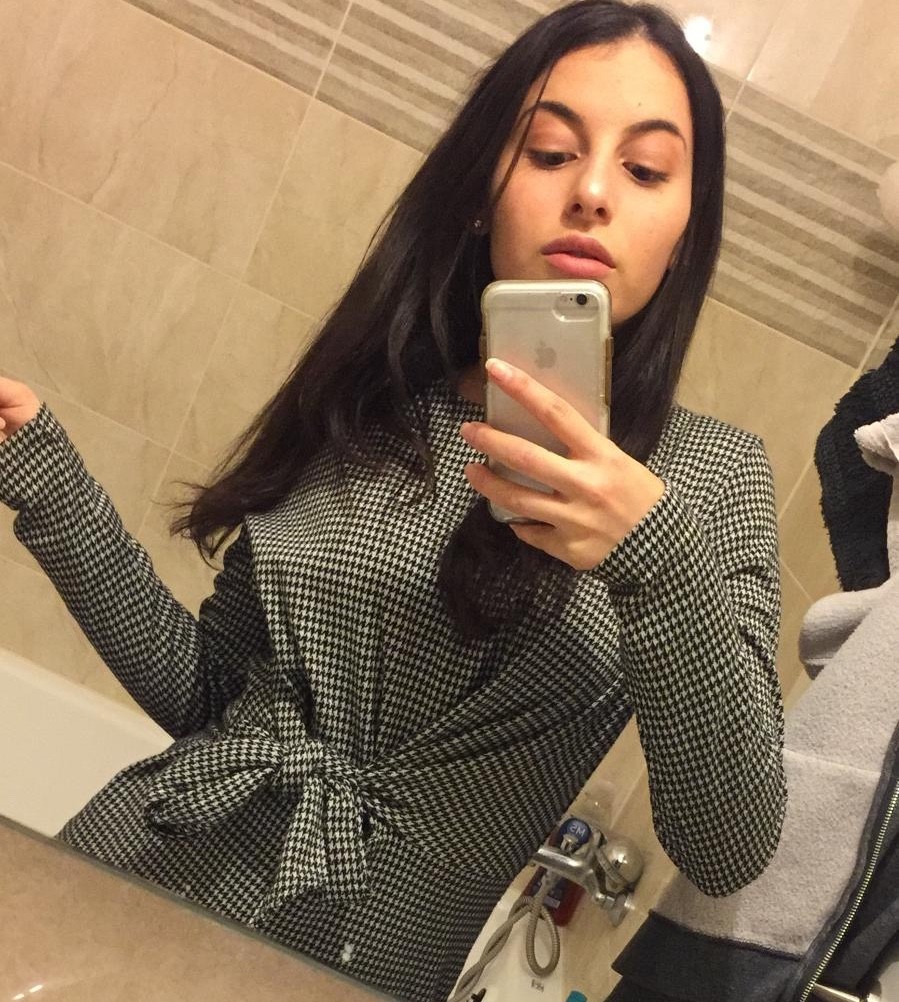 He sighs and holds his glass up remembering things that happened years ago. I try to diminish myself in my chair, so he'll see his memories and share them instead of seeing me.
"I begged your father to run away to the kibbutz with me. So many young people were doing it then. There was no food in Jerusalem. But he was the oldest, and he wouldn't leave our mother. He didn't think much of me for going, I know. But she couldn't feed us, b'emet. I was one less mouth to feed." He crosses and uncrosses his legs and drains his glass. "But you are a young woman, what do you want with this old history?
— Excerpt Passport Control, Gila Green

In my novel Passport Control my heroine, Miriam Gil, doesn't have much to go on when it comes to memory. Indeed, there is not a line in the novel she begins with anything close to "Remember when?" She cannot give what she doesn't have, not to her new friends in the novel, though she comes to love them, and not to the reader.

Her Canadian mother died when she was fifteen in a tragic car accident and the police report is all she has of the last day of her mother's life. Her Yemenite-Israeli father doesn't talk about his tormented past and he plunges into silence when she dares to question him.

Since he didn't grow up in Canada, she has no paternal relatives or old family friends who might clue her in. She has books on Israeli history in the library, but dry accounts of wars are no exchange for what her father went through on the front lines.

The Battle for Memory

Yet it is precisely what her paternal uncle refers to as "old history" or memories of her father as he once was that she is after. When she sets out on her long journey from Canada to Israel, she cannot imagine the price she will have to pay to attain these precious artifacts and the inner fortitude it will require. It is for the reader to decide if she would ever have left Canada if she would have known what awaited her 9002 kilometers across the ocean.

When parents share their own memories of growing up with their children, they strengthen the connection between them because they share a database of events with the next generation. Miriam has no such familial collective database to draw on and it is one of the reasons she embarks on her search. She needs one.

This is only one way in which I use memory in Passport Control.

Memory is also greatly affected by trauma and when Miriam's world collapses in Passport Control, she is plagued by her inability to remember precisely the sequence of events. The result is her own confusion about the role she played. Could she have done anything differently to avoid tragedy?

This thought is so disturbing, she cannot bring herself to share it, not even with, strong, serious, Guy, the one person she has come to trust more than anyone else. All she can do is to ask him for time and space while she attempts to integrate the horrible and he gives it to her.

While she ruminates on what did or did not happen, her emotional memory is on overdrive, thus, fiction mirrors real life. When our emotional memories are authentic, the details don't matter. We know what we feel and those are the scars we will have to contend with, regardless of the precision of our accounting of events.

This is a harsh lesson but one Miriam needs to learn in her path towards maturation. What came first or second in the sequence of events is not ultimately what matters, but how she will deal with her feelings going forward.

Just as memories are not fixed in real life, they are not fixed for my heroine. It is left up to the reader to decide how she will confront her father with the new family history she has uncovered once they are reunited.

No doubt they will fight over them and reshape them. Her father being who he is, it is easy to imagine him fighting with his daughter to bring the family history she has unearthed in line with his perspective.

The question for the reader is if she believes Miriam has grown enough to stand her ground and resist recollections she believes her father might be deliberately misinterpreting, or if she will manage to put her own fingerprint on her father's memories, so that she wins the prize she wanted all along: a closer database with her father and a more genuine father-daughter bond.

Thanks to Yael Shahar for posting this on her writers blog titled Memory & Redemption.

How do I know when my flash should be a short stor...
My interview with Novel Kicks, UK