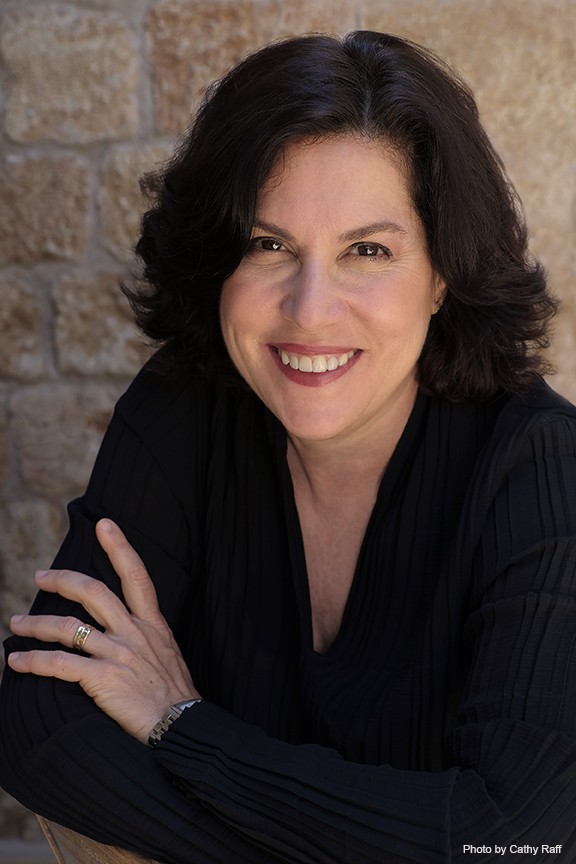 Today on gilagreenwrites, I'm so pleased to share my interview with author Lori Banov Kaufmann. Lori is a fellow writer living in Israel, writing in English, so I was immediately drawn to her work and that was before I knew it took place in my favorite city: Jerusalem. As someone with deep roots in the Holy City, I am fascinated by this book, which seeks to bring alive ancient Jerusalem for the modern reader. Similarly, I'm a fan of historical novels and admire the amount of research that went into this one. So, please welcome Lori to gilagreenwrites!

As soon as she learned of the discovery of the first-century tombstone that inspired Rebel Daughter, Lori Banov Kaufmann wanted to know more. She was so intrigued by the unlikely but true love story the stone revealed that she embarked on a more than ten-year quest with some of the world's leading scholars and archaeologists to bring the real characters to life as accurately as possible.

Before becoming a full-time writer, Lori was a strategy consultant for high-tech companies. She even tried to invent a device to kill head lice (which sadly, didn't work!). She has an undergraduate degree from Princeton University and an MBA from the Harvard Business School. She lives in Israel with her husband and four adult children.

Younger readers may connect to Esther's struggle as a young woman determined to live life on her own terms. Mature readers may find themselves thinking about the passage of time. I believe that every reader finds what she needs. 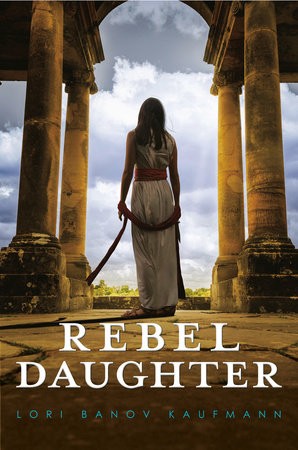 "What do you hope readers take away from REBEL DAUGHTER? I hope readers are taken away! I want them to have the feeling of going back in time. I want them to enjoy the trip. That's my main hope. And if the experience makes them see our own world in a new light, then that's a bonus."

GG: The above quotation is an excerpt from an interview on Jewish Books for Kids. Could you expand on the last line please?

LBK: Unfortunately, many of the destructive forces which plagued society 2,000 years ago are still here. We can see, even today, what happens when religious fanaticism and civil discord are not tamed. We know what unbridled nationalism can do to the world, especially in the hands of populist leaders. An astute reader doesn't have to look far to find many political parallels.

GG: What new light do you hope readers experience after reading your book?

LBK: Seeing the past through the eyes of characters so alive that they feel real (and were in fact real!) brings us closer to a simple truth: that human nature hasn't changed. Even thousands of years ago people cared about the same things we do. We all want to live our lives in freedom and dignity, to protect our families and find love. Reading, and especially historical fiction, makes us more empathetic and aware. It gives us the ability to connect on an emotional level to people struggling today. When we read the news stories of refugees, war and women's struggles, we see the events in a new light. A light that shines not only on socio-economic or political factors but on the complexity of the human experience.

GG: Do you think this novel would have been written differently if you had not been living in Israel? How?

LBK: Definitely! Walking on the same stone streets as Esther did, holding pottery shards that may have been from a cooking pot she used, and even smelling the wildflowers in the hills of Jerusalem brought the setting alive for me. I was able to see how the light fell when night came and feel the chill of the winter rain. The research wouldn't have been the same if I'd been limited to books in a library. Additionally, I was able to meet and consult with some of the world's experts of this period. When I had a question about ancient magic or marriage rituals, I could find the latest scholarship on the subject. The historians and archaeologists at Hebrew University, Tel Aviv University, the Israel Museum and Bar-Ilan University were a tremendous resource.

GG: What do you consider to be the central message of REBEL DAUGHTER?

LBK: I didn't write with a central message or moral lesson in mind. Younger readers may connect to Esther's struggle as a young woman determined to live life on her own terms. Mature readers may find themselves thinking about the passage of time. I believe that every reader finds what she needs.

GG: What sort of reaction have you had to your work? Has anyone questioned the historical account or any other reaction that surprised you?

LBK: After working on the book for so long (more than 10 years!), it's gratifying to finally hear from real readers. To my delight, the reviews have been enthusiastic. People appreciate the historical accuracy but even more, they enjoy reading a gripping, fast-paced historical thriller. While I knew that many Jewish readers, especially fans of The Red Tent and The Dovekeepers, would like the book, I was surprised that so many Christian readers would too. The book is set in the 1st century during the rebellion against Rome when the surival of the Jewish people was at stake. But the destruction of the Second Temple is an important event in Christianity too.

GG:  You talk about the lack of freedom for girls at this time period. Is there a parallel experience for boys?

LBK: Yes, the roles of boys and men was constrained as well. Much has been written about gender roles in the ancient world. What we would perceive as sexism today would have been considered the natural order of things. It was important to me to portray the societal norms of the time realistically. I didn't want to have 1st-century characters with 21st-century ideas.

GG: How does your Judaism inform your writing?

LBK: Judaism is one of the lens through which I see and experience the world. Like all writers, my values and beliefs permeate my work and as well as influence the types of stories I'm interested in telling. It's hard to know if I'll always write about Jewish characters but that's certainly my comfort zone!

Thanks so much, Lori. I'm sure many readers will be inspired by your work and are already looking forward to your next book, which I understand is about Jewish sisters growing up in Charleston, based on your own family history.

Great interview! I really enjoyed the book, too.

Lori was wonderful to interview. Glad you found the interview valuable.