"Something I discovered early on in the novel writing process is that all I needed to do was tell the story, describe the settings and the characters, and let the symbolism emerge on its own." 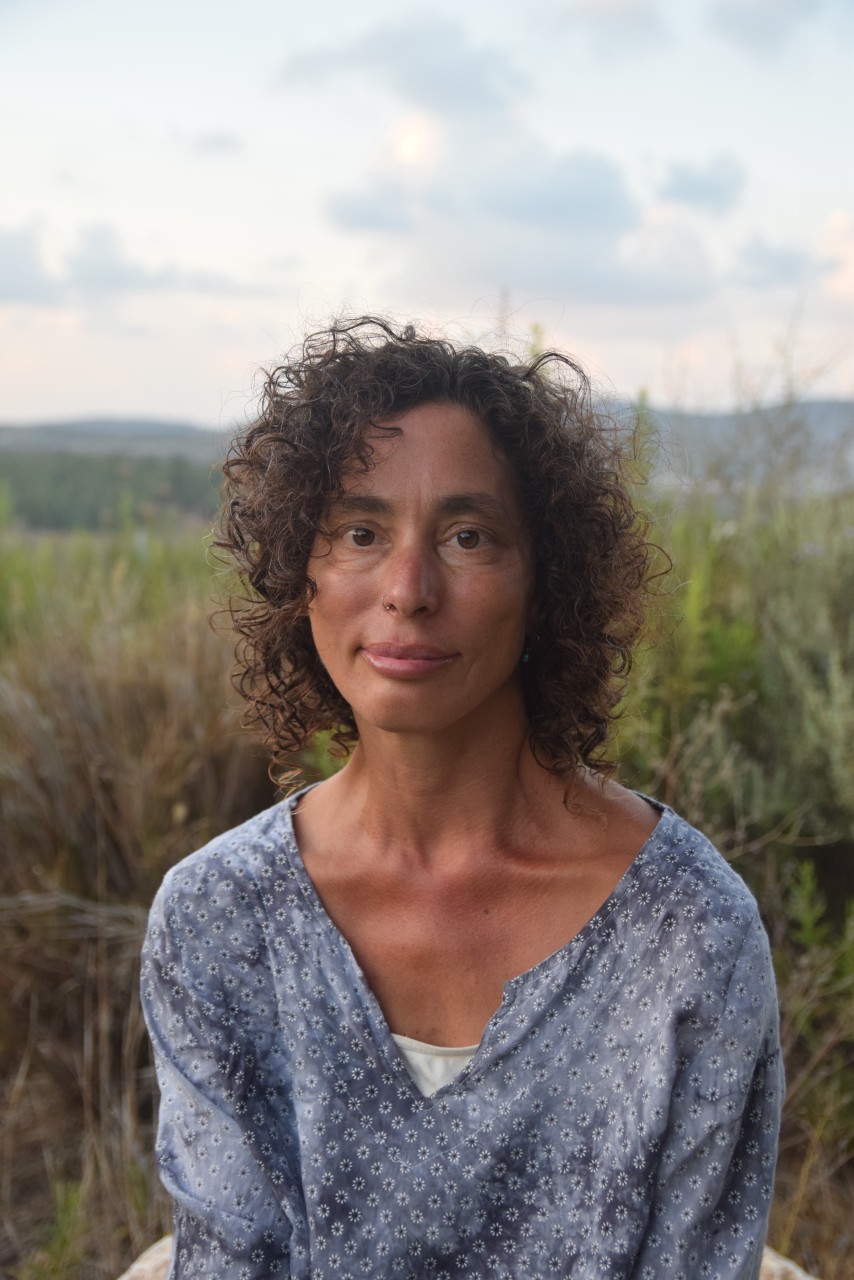 Although I earned an MFA in Creative Writing thirty years ago and wrote a novel as my thesis -- a novel I never tried to publish, as it felt like more of a learning project than something I wanted to put out into the world -- I went on to write two memoirs before attempting to write a novel I did want to share with the world.

That novel (which had the working title "Galilean Dreams") took me seven years to write and became Hope Valley, my debut novel which came out in April 2021 with Bedazzled Ink Publishing, a small Indie press in California. This was followed by my third memoir, Dreaming Against the Current: A Rabbi's Soul Journey, which came out in December 2021. I now just signed a contract with Bedazzled Ink for my second novel, To Die in Secret, which is due out in 2023.

I had always dreamed of writing a novel but did not feel moved to do so after I completed my MFA thesis -- until one day I was walking in the valley that divides my Galilean kibbutz, Hannaton, from the Bedouin village of Bir al Makzur, and saw Hussein the shepherd grazing his flocks in the valley. This was a regular occurrence, but that day there was a woman with him, something I had never seen before. I went over to say hello, and he introduced me to his wife.

When she asked me my age, and I told her, she started to cry. She said I was the same age as her daughter, who had died recently of breast cancer. She told me about her, and we hugged and went our separate ways. But on my way home, I thought how I would have liked to have met her daughter, how we could have bonded over our illnesses -- as I live with FSHD, a form of muscular dystrophy. After all, we are all humans. We all live, get sick, and die, no matter our nationality. Even if our nations have been at war for generations. Some say even back to biblical times.

And thus, was born the idea for Hope Valley. Only, it was not a true story. It had not happened; it was in my imagination. So, I started to write it as a novel. But the first draft came out too close to memoir. It was told all from the point of view of the Jewish protagonist, Tikvah (although her name then was Mira or Maya), and she was much more like me than the Jewish protagonist in the final version. Too much like me. It took a while for me to let Tikvah be her own person, but once I did, I discovered the creative freedom that fiction writing allows.

In the first draft, Tikvah and Ruby (short for Rabia, the name of the Arab protagonist) become instant friends. But by the second or third drafts, I learned that in a novel, you need tension for the reader to keep turning the pages. Especially these days, when there are so many other (digital) distractions that require less effort to enjoy. And the book took place, in earlier drafts, in the winter around when I was writing it. But soon I shifted it to the summer of 2000, a tense period leading up to the outbreak of the 2nd intifada. Again, to heighten the tension.

The first draft also had no backstory or diary excerpts – all added later, also to introduce more tension and depth into the story. Originally, the two women discover (early in the book, so I am giving away any spoilers here) that Tikvah is living in a Jewish town built over the ruins of the village where Ruby's father had lived before it was destroyed in the 1948 Arab-Jewish war. But soon I learned I had to raise the stakes. In the final draft, Tikvah is living in the actual house where Ruby's father had lived and had left his diary in the house, His dying wish was for Ruby to find the diary, which is why she originally befriends Tikvah (to get into the house and look for the diary).

But still, I felt the book was missing something. Other voices. After all, it is a book about acknowledging parallel narratives. It took me years, however, to gain the courage to write from Ruby's point of view. Eventually, I realized that no one knows Ruby better than I do, since she exists in my imagination. Then, once I tried writing from Ruby's POV, I even dared to write from her father's point of view, in the form of excerpts from the diary he wrote when he was twenty years old.

What is fiction writing about, after all, if not taking risks and allowing ourselves to step into the shoes of characters very different from us?

If I had wanted to write another memoir, I could have. In fact, I did. At the time I was writing Hope Valley, I was also writing my next memoir, Dreaming Against the Current. By then I knew how to distinguish memoir writing from fiction writing and channeled my memoirist energies into that project, thus freeing my more imaginative energies to create the world that is Hope Valley.

Moreover, it was out of deep respect and love for my Palestinian friends that I was inspirited to write this novel in the first place. I wanted to share the stories I had heard by living in the Galilee, stories and emotions I was privy to because of where I live and my desire to get to know my Arab neighbors despite segregation and cultural barriers. None of these friends were going to write their stories for an English readership, and none were going to write them alongside the POV of a Jewish character like Tikvah. So that became my debut novel.

This was before the controversy over American Dirt, a novel written about Mexican migrant workers by a non-Mexican writer, Jeanine Cummins. But when Hope Valley came out, this controversy had already exploded. I had a few Palestinian Israeli friends read the novel, however, and they gave me their endorsement. In fact, they were incredible moved by how well I had written from Ruby's point of view and listened all those years when they told me their stories and shared their feelings,

It is the alternating points of view between a Palestinian and a Jewish protagonist that makes Hope Valley so unique and important for our times. It is a balanced book that does not favor one narrative over the other but rather embraces them both. It shows how the two narratives can exists side by side, and how we can hold both and honor both and even discover we are connected in more ways than we thought.

That is all I will say without giving away the end of the novel. Which brings me to another important element of novel writing: keeping the reader guessing and introducing elements of surprise. Life throws us surprises no matter how well we plan or try to control it, and fiction, a representation of life and its stories, should reflect that. In fact, there were times while writing Hope Valley (and my second novel, To Die in Secret) that I let the characters write the novel and was myself surprised at what transpired.

The same goes for the symbolism in my novels. I discovered early in the novel writing process that all I needed to do was tell the story, describe the settings and the characters, and let the symbolism emerge on its own. Then I could go back and highlight it. This is something in my fiction writing that was informed by my memoir writing and work as a spiritual companion and rabbi. Just as life presents its own symbolism and messages if we pay attention, so too does telling stories of imaginary characters.

My second novel took me only one year to write, as I had already learned so much about the process. I kept in mind from the start that I would need to keep the reader engaged and the tensions high, introduce conflict and suspense from the beginning, and not give away too much too soon.

However, there is no formula for writing a novel. In this second one, I chose to stay with only one point of view. The protagonist, Nomi, goes back to the place of her childhood from which she ran forty years before. She comes back to go through her dead sister's things and home, and slowly she learns more about the sister she had not seen in all the time she was gone.

I considered writing the novel from Nomi and her sister Jude's alternating points of view. But I decided this book is Nomi's book. And I did not want the reader to be privy to more information than Nomi herself is. I wanted the reader to learn about Jude as Nomi does.

Each novel is its own creation, with its own needs, and that is also part of the process of learning to write a novel. To be able to listen to those needs and feel comfortable enough in the genre to break some of the "rules" and go with what works.

Will my next book be a novel or a memoir? I'll leave the reader in suspense with that one.

Rabbi Haviva Ner-David is a rabbi, spiritual companion, and author. She is the founding rabbi of Shmaya: A Mikveh for Mind, Body, and Soul, on Kibbutz Hannaton, the only mikveh in Israel open to all to immerse as they choose, where she officiates creative and traditional immersion ceremonies. Her debut novel, Hope Valley, about the friendship between a Palestinian and a Jewish woman in the Galilee, which received an Honorable Mention in the Foreword Indies Book Awards, came out in April of 2021, and her third memoir, Dreaming Against the Current: A Rabbi's Soul Journey, came out in December of that same year. Her two previous memoirs are Life on the Fringes: A Feminist Journey Towards Traditional Rabbinic Ordination, which came out in 2000 and was a runner up for the National Jewish Book Award, and Chanah's Voice: A Rabbi Wrestles with Gender, Commandment, and the Women's Rituals of Baking, Bathing, and Brightening, which came out in 2014. Haviva has a doctorate in the Philosophy of Jewish Law from Bar Ilan University and lives with FSHD, a form of muscular dystrophy which has been her greatest life challenge and teacher. She and her spouse Jacob have seven children and live in the Galilee.