I'm very happy to introduce you to author Jonathan Hale Rosen. Jonathan's new work "The Museum of an Extinct Race"  is a dystopian glimpse into a world in which Judaism has been eliminated. Please welcome, Jonathan Hale Rosen to gilagreenwrites.

For more about the author

Jonathan Rosen is a Family Physician who has written six novels. He has practiced full-on, in-the-trenches family medicine for the past thirty-nine years in Connecticut. In addition, he was instrumental in forming a two-hundred and fifty practitioner primary care group, Prohealth Physicians, and, for the past fifteen years, has been chairman of a non-profit organization, The Connecticut Center for Primary Care. He's been married for forty-odd!? years to Linda, a Speech Pathologist and has two sons and two grandchildren. The Museum of an Extinct Race is his sixth novel. 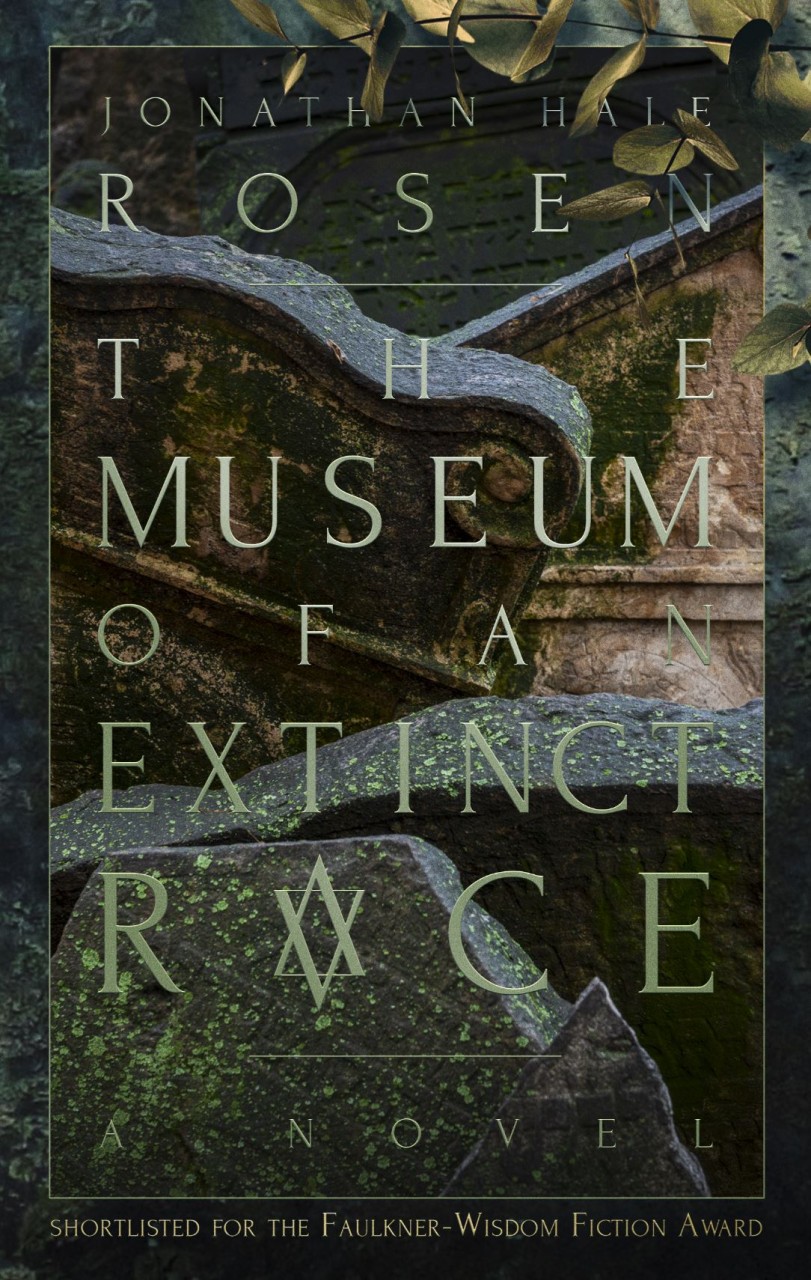 GG: This is not the first artwork to imagine what if Hitler had won the war. The famous film Inglorious Basterds also tells an alternate history of WW2. The Man in the High Castle by Philip K. Dick is one of the first alternate history novels to look at an Axis victory in WW2. Written in 1962, it's set in a fictional 1962 where Nazi Germany, Fascist Italy and Imperial Japan have won the war and more or less divided the world between themselves. Was this book inspired by such films and books?

JHR: I was very conscious of trying not to write a "been there, done that" novel.

So, I don't believe these books were my inspiration. In practice, I even tried to avoid reading ones like the ones you mention or Philip Roth's, The Plot Against America, since I did not want them to influence too much my narrative and plot lines. I found these novels somewhat of a distraction since they explore mainly political issues rather than the moral and ethical ones I imagined my novel confronting.

Rather than focusing on a Nazi victory's global impact, The Museum of an Extinct Race tells a very personal, intimate story of shackled souls trying to free themselves from the bonds of an oppressive society by connecting with a lost religion.

GG: Who is your target audience?

JHR: Throughout most of my life, Judaism has been a social and identity relationship, not a religious or ethical one. I had been unable to relate in any way to there being a God who was not a construct invented by mankind to explain, elevate, or rationalize its existence. Only of late, have I come to appreciate Judaism's unique and priceless contribution to humanity's self-exploration. So, I am directly targeting those similar secular Jews who have ignored or rejected the religion out of a sense they are "above" or don't need such crutches as God or religion.

Also, I have a hope that non-Jews, who have some curiosity as to why and wherefore this minute segment of the human population has engendered such interest, controversy, and scrutiny, will also be drawn to the novel.

GG: What are you hoping readers will walk away from after they read this novel?

JHR: I hope that readers will re-examine their own relationship with Judaism…realize how fragile the religion has always been and remains today. And try to separate out the political and the social context of Judaism and Jews and appreciate the beauty and moral clarity our Torah and 3000 years of commentary have elucidated.

GG: Have you had any reactions that surprised you?

JHR: Those who have read the novel and reacted have been very positive. I am somewhat surprised by the silence at the other end of the Jewish line I've been met with. Perhaps, it's the tumult and turmoil of the times limiting our attention. Or maybe there's just a plethora of Jews producing wonderful content that's competing for attention.

GG: What was your writing process?

JHR: Writing is a complex alchemy. Always in my novels, I start with an idea that not only captivates but obsesses me. Realizing that idea and bringing it to life becomes akin to embarking on a road trip. There are multiple routes and paths and destinations to follow, some may detour away from my intention and some lead me forward. So, I'm continually choosing the options of roads taken and not and hoping I'll end up at my goal.

Practically speaking, most of the time while writing this and my other novels, I've also been a full-time Family Physician immersed in that career. So, my writing has been relegated to nights and weekends and any free time I can wrench from multiple competing desires. But strangely, I find you don't have to be sitting at a desk with a laptop to write. Driving in my car watching the scenery, sitting in a play or movie, waking from a dream, if I'm attuned enough, these often provided the inspiration and the process to move my novels along without the constraints of location and "free time."

GG: Why did you choose to begin your novel in Prague?

JHR: Prague was the center and axis around which my novel flowed…both as inspiration and context. It was in Prague at the Altneuschul that I first heard the odious concept of a museum to glorify Judaism's demise, this from a young docent raised as Catholic who had just discovered her Jewish heritage. Also there, I first fully appreciated the fragility of Jews' survival, having been the epicenter of Nazi extermination and Communist suppression and now housing a nascent Jewish resurgent society. And in Prague, I first realized my own ignorance and blindness to what Judaism truly means, not just as a unique club to belong to, but as a universal path to a moral life.

GG: Is there anything you wish to add?

JHR: It was very important for me to embed the novel with a story line that would captivate readers enough to so they're willing to also engage the philosophical and religious underpinnings the novel elaborates. So, I got to explore Czechoslovakia before, during and after the war, the history of Forbidden Art, and of course, introduce a love story. I hope I succeeded.