"The series was created because I wanted to do something to counter all the negative publicity Israel tends to get. I wanted to have a main character who simply had a love of the country." 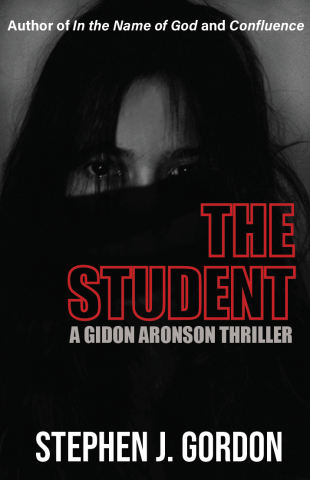 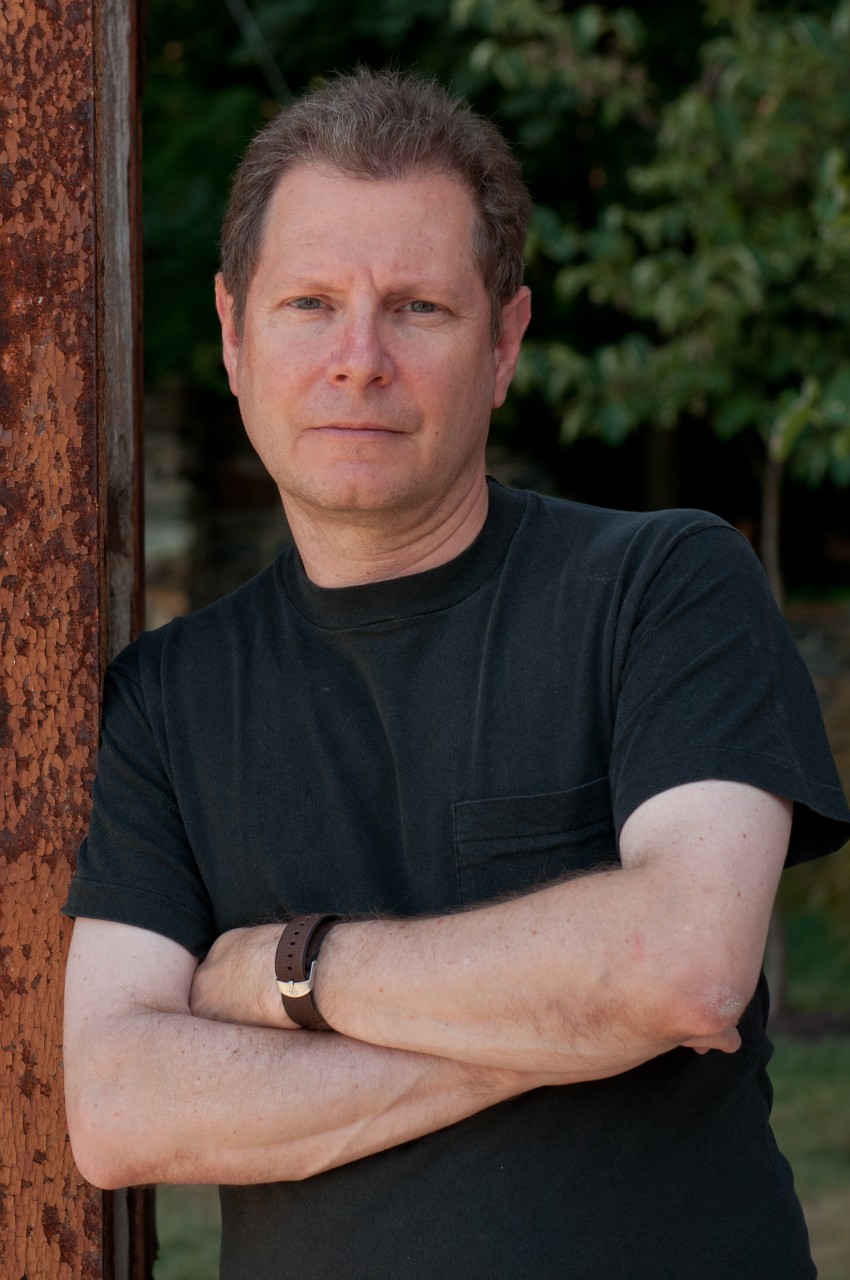 I am thrilled to welcome author Stephen J. Gordon to gilagreenwrites. Today he will be talking about his mystery-thriller series that migrates between Israel and the US. He talks about process, motivation and the never-ending challenge of writing Israel-based books, something I can strongly relate to. Thank you, Steve, for visiting my site.

GG: What is your usual writing process, particularly for a series? Do you already know how many books will be in the series and so on before you write? Do you plan out more than one book at a time? Please expand on the process.

SG: The Gidon series is a mystery-thriller series that takes place both in the US and in Israel (mainly). When creating each story, I "bookend" the plot. I develop the opening scene, how the story resolves, and I know the misdirection. Then I create and outline the pivotal story points and generally how to get from the beginning to the end. I don't have every scene mapped out; just the major ones. When it comes down to actually writing, I work out scenes just ahead of where I am, knowing that I have to get to the next plot point. When I first decided to write a mystery-thriller, I decided early on that it should be a series. The idea was to be able to explore the character beyond the confines of a single book. Additionally, a series would be perfect for developing an audience and returning readers. Generally, I don't think ahead to the next book or books. I just know that I want to expand certain characters and develop who they are and how they will eventually come to have a relationship. The one thing that is an on-going challenge from book to book, is to develop the stories so they are fairly independent...that a reader can pick up the books out of order and still be able to get a real sense of the characters. Basically, for the new reader I have to have character revealing scenes and dialogue, of course, but for the returning reader those reveals can't be repetitive of earlier books.

GG: You mentioned in an interview that you wanted to "contribute to Israel's image." Do you think you have accomplished this goal? If so, how and if not, why not?

SG: The series was created because I wanted to do something to counter all the negative publicity Israel tends to get. I wanted to have a main character who simply had a love of country. The books are my means to show how amazing Israel is through the eyes of someone living there...the people, the places, the history, but also the security conflicts. Have I accomplished my goal? I don't know if I've converted anyone to seeing Israel more positively. I hope that if readers are intrigued by the characters and the stories, they will get a more favorable view of the country. Again, it is through the settings and the story that hopefully someone who is not already pro-Israel, will get a taste of the beauty of the land and of the people. Objectively, I'm not Daniel Silva or Lee Child, or any other author with millions of books in print, so my readership is not as broad as I would like it to be. I would love to reach a larger audience so that they could see what the characters see.

GG: Do you really think it's possible to write an Israel-based book without readers and reviewers inserting their political views into it? Please expand. I am asking from the POV of someone who has written two Israel-based books.

SG: It is challenging, but I try to be as objective as possible without being political. Does Gidon, the protagonist, have a particular point-of-view? Of course he does, but he doesn't comment on politics or the more global issues of the situation. However, there are just certain realities that are often not dealt with very well in the media, and I try to elaborate -- through the characters -- more of the reasons behind, say, the security barrier. I also remark on how challenging it is for people on the Palestinian side of the barrier. Unfortunately, the sins of the few ultimately have a negative impact on Palestinian lives in order to keep the Israeli population safe, whether they are Jews, Arab, Christian, Druze, etc. In the series, Gidon is just trying to keep people he cares about and are responsible for safe. Is it balanced? I hope that as we are privy to Gidon's world -- the stories are in the first person -- we see his point of view. Mainly books are mysteries/thrillers so the focus is on trying to figure out what is going on from a boots on the ground perspective.

GG:  Have you had a reaction from anyone in the Palestinian community? If so, please expand and if not, why do you think that is?

SG: I have not seen any reactions from individuals in the Palestinian community, as my exposure isn't as broad as I would like (but maybe I'm underestimating the reach of the books). I'd imagine, though, those reactions would be varied. I have an important supporting character who is Palestinian, who I hope reflects well on that community. Through Gidon I hope the reader sees a person whose army service reflects some of the dangerous steps that have to be taken, and there are reasons behind them. Israeli soldiers go out of their way to avoid collateral damage, probably more so than any other army in the world.

GG: My own father is an ex-Israeli soldier with PTSD, how much real life contact do you have with such characters? Do you think it is sometimes romanticized in the media? Or alternatively, stereotyped?

SG: My experience and exposure to PTSD comes from a number of places. First, and in no particular order, I had a neighbor (she has since moved) who served in the American military in Iraq. She told me there'd be times she'd go about her day and would suddenly break down in tears. She also clearly remembered being under mortar fire and the terror that came with it. It was still visceral to her. I also have a close friend who suffered a great personal loss. He related how he'd be driving and something would suddenly trigger a "crying attack" and he'd have to pull over. This would happen to him at various places: there'd be a trigger and he'd start sobbing uncontrollably. That's not combat-related, but his loss was traumatic and visceral; he'd remember his loved one and would re-live the loss over and over in day-dreams and at night before falling asleep. And then there is research. For me, on my trips to Israel I've spoken to people who have served in the IDF, and therefore I was able to get some first-hand accounts and reflections. In terms of PTSD being romanticized in the media, not from what I've seen. As of this writing, there is a show in the U.S. called SEAL TEAM that has shown in a very real way the impact of combat on soldiers. The danger re the portrayal of PTSD, in general, is not the stereotyping in the media, but making it a cliche.

GG:  Where does your own interest in Israel come from and how does it intersect with your Judaism?

SG: I was raised in a Tzioni (Zionist) family and went to a Day School and then to Yeshiva University, so Israel has always been a presence in my life. As an adult I taught in a Day School and for years was the coordinator for the 8th Grade two-week Israel trip. I also have children who live in Israel, one outside of Jerusalem and one on kibbutz up north, in addition to having siblings-in-law, as well as many cousins and friends who live in the country. So with all that combined, I've had pretty good exposure. Plus, I had my car towed from in front of the Eretz Israel Museum in Tel Aviv. That was a cultural adventure by itself! Israel is in the forefront of my mind, and to have walked and experienced (and continue to experience) the land and the people, that adds immeasurably to the depth of my prayer and belief; it also adds a historical context to my reading of the weekly Torah portion.

GG:  Please tell us what you plan to write about next and any other up and coming project.
SG: I have started the next book in the Gidon series, but I am also toying with a few other possibilities: a non-fiction work, profiling a specific person who made aliyah and his impact on the State, and then perhaps a historical novel. We'll see.

GG: Space for anything you wish to add?
SG: If I had to categorize or "pitch" the Gidon Aronson series, I'd say it is a cross between a detective series (Robert B. Parker's Spenser series comes to mind) and the Daniel Silva books. If that's of interest to anyone reading this, the series is worth picking up!

Stephen J. Gordon, the creator of the Gidon Aronson thriller series, has been writing stories since Junior High School. His professional writing credits – besides the thriller series -- include a memoir for Good Housekeeping and television series work for Maryland Public Television. His feature film script Rapid Eye Movement was accepted by the Independent Feature Film Market in New York.

Gordon's mystery/thriller novels began with In the Name of God, continued with Confluence, and now The Student. He retired just over a year ago from Krieger Schechter Day School after 25 years, teaching Geography, Ancient World Cultures, and American History. He was also the organizer and leader of the annual eighth grade Israel trip for many years.