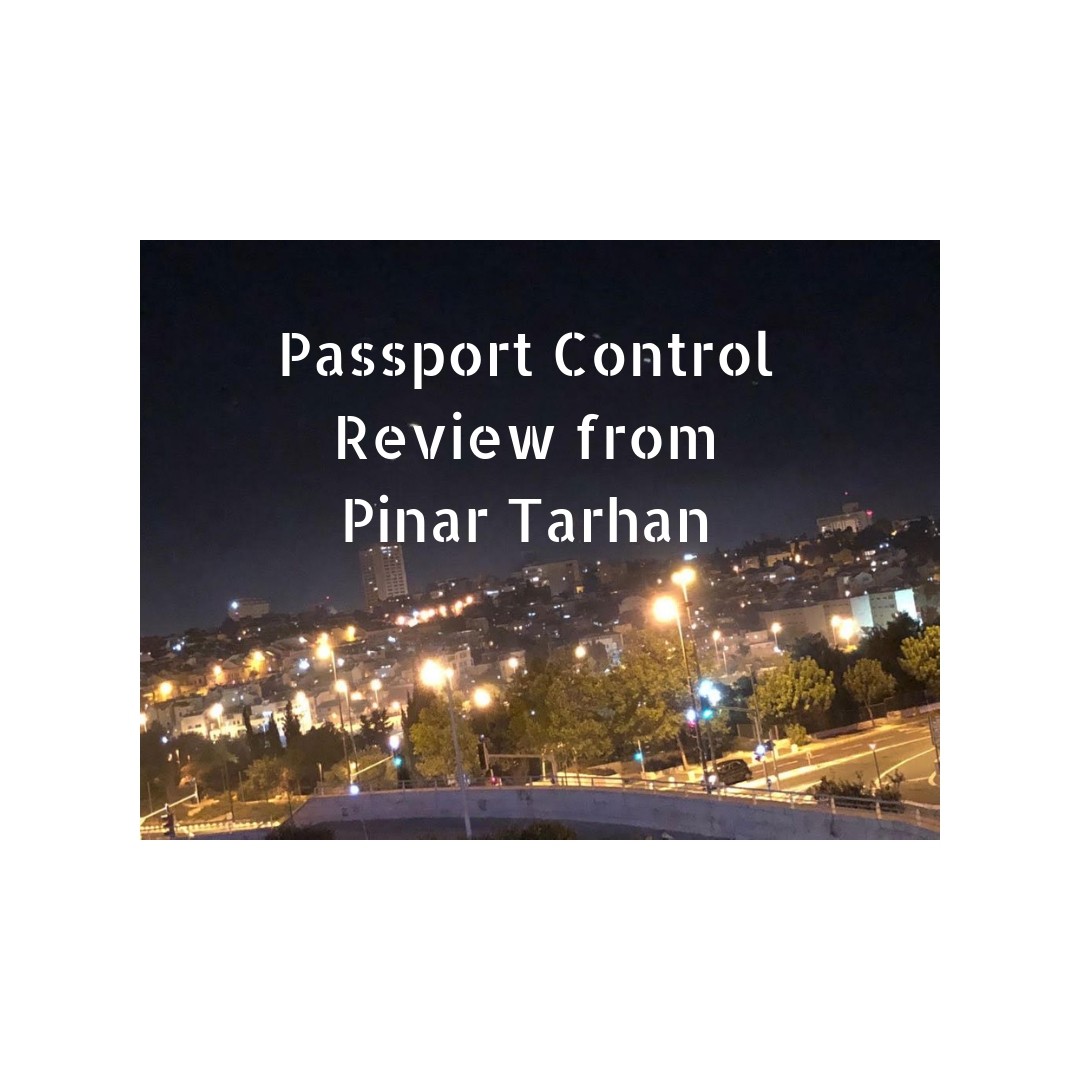 I recommend this emotional page-turner

by Pinar Tarhan, Addicted to Writing

Thank you, Pinar, for the review on your excellent blog Addicted to Writing. I look forward to our upcoming interview.

I'll try to keep the plot summary short and sweet as to avoid spoilers. There are several twists, and they are pretty jaw-dropping.

Due to some personal issues with her father, Jewish Canadian university student Miriam decides to study for a year in Israel. However, the culture shock is more than she ever imagined, and she finds herself pressured to choose sides on many occasions. She hopes that her estranged uncle might provide a welcome distraction, and he seems happy enough to host her in his house with his wife. But family bonding is short-lived, and Miriam will come to learn that her family is a lot more complicated than it initially seemed. Just like living and studying in Israel…

I absolutely loved Passport Control (aff.link). It was interesting to follow the (mis)adventures of Miriam. She is certainly an engaging and relatable protagonist. Usually, when I read first-person POVs, I'm left wondering what it would be like to get in the head of other characters. I'm more into omniscient storytelling in both what I read and write. But Miriam delivered. I didn't feel the need to know the inner workings of other characters' minds.

This is not to say the novel doesn't feature interesting secondary characters. It certainly does. But none are as vulnerable, relatable, and interesting as Miriam.

I keep mentioning how relatable Miriam is, even though we have more differences than similarities.

For instance, I've felt like a fish out of water when I spent a term with four roommates in my university's dormitory, but these people were from the same country. I was in the city I was born and raised in. They shared the same religion (or at least the lack of it). We were the same age. But still, culturally and personally, we couldn't be more different. I felt completely alone until I found my own people, and that took a while. But the Gila Green has captured those feelings so well. (Conversely, I spent two semesters in another country with people from all over the world. I'd never felt more at home.)

There are other aspects of the story where I felt her pain about the actions of some family members, as well the pain of passport troubles, but I'm not going to reveal who and what. We can discuss privately after you've read the novel.

The title of the novel is just perfect. It is relevant and catchy without revealing any of the twists. But it makes even more sense after you learn more and more.

To sum it up, I recommend this emotional page-turner. In addition to the tensions, drama, and conflicts, it is a fun read that makes you look forward to reading more from Gila Green. And stay tuned, because an interview with her is coming up soon.

My story in Arizona Jewish Life
Want to get Published? Try Flash Fiction