Guest Post: Saying Goodbye to Your Characters: How Novel Writers Move On 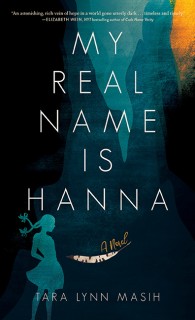 "Saying goodbye is the hardest part of life. We say goodbye to loved ones, to lost dreams and causes, to the crumbling expectations of life. The same is true with past books."

I'm honored to have Tara Lynn Masih on gilagreenwrites. Not only does she have much wisdom to share, she has a new novel out, My Real Name is Hanna. Don't miss my interview with Tara about her new work. This time she's here to share an under-asked question: how do writers move on from one novel to the next, often after years of dedication to characters and setting?

I have only one novel under my belt, and moving on from a process that took six years of research, anguish, and imagination hasn't been easy for me. Because I've mostly published short stories, which require lower investment and less immersion, I've had a hard time saying good-bye to Hanna, a character I've grown to know and love as if she were a younger sister.

So I turned to more experienced writers for advice, in order to pass along that same advice to anyone else struggling with letting characters go or with self-doubt and the pressure of writing a new novel.

What I found, in asking a variety of award-winning authors, is that I'm not alone. Even writers who've published multiple novels can struggle to find their way into the next novel. And if one transition between books is easy, it doesn't mean the next transition will be. As Rene Denfeld remarks, "The writers I see struggle the most are the ones who can't say goodbye—to the book that really belongs in a drawer, or the book that is published but doesn't sell well, or even the bestseller that lingers in their mind and the public, leaving them feeling unable to move on." 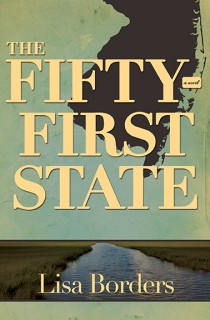 For writer Lisa Borders (author of the award-winning Cloud Cuckoo Land and The Fifty-First State), "the transition between my first two novels was painless." One fed into the other. But then came time to write the third novel, and she struggled for two years to settle on a topic. It wasn't till she revisited an old idea that something began to work. Multiple versions experimenting with different points of view helped her find the center of her story and her main character. "Unlike with the other two books I'd abandoned, there was something there. Maybe the difference was just that I loved inhabiting this novel's world."

When my agent was subbing my novel to editors, her sage advice was to start something new to get my mind off the process. But I was unable to. Small writing projects were easy to start, but not a whole new novel. 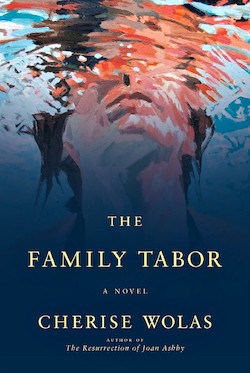 Cherise Wolas, who authored the hugely popular Resurrection of Joan Ashby, did just that to great success. Short story excerpts she used in the novel inspired her second novel, The Family Tabor, and her third in-progress novel and possibly a fourth. "Initially," she writes, "I was motivated by abject fear. I'd heard horror stories about writers crushed by bad reviews and poor sales of first novels and left unable to write. I realized the sanest thing I could do for myself was to be deep into writing something new while Joan Ashby was journeying through the editorial process. My primary intention was to concentrate my energies on a new work-in-progress so that when faced with all that attends publication, I'd already be moving forward and focused on the future. I can't imagine working any other way now."

She does take some time off, then goes easy on herself. "I trash countless pages. I don't worry about permanence for a good long while. I just focus on putting down one fresh word after another." 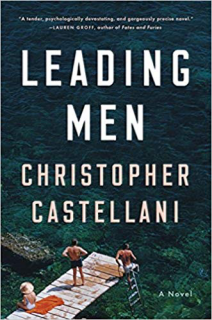 Christopher Castellani, recipient of a Guggenheim Fellowship and the author of multiple critically acclaimed novels, including All This Talk of Love and most recently Leading Men, is very honest about the publishing process and, like me, does not always have a novel idea ready to go.

"In addition to the anxiety I feel about a book's reception in the months after it's published, I also feel great anxiety when I don't have a new project in mind during that time. Luckily, in every case, I've been able to at least pretend to commit to a new novel idea in my mind as I'm going around talking about the book that's just come out. Having something I'm thinking toward lowers the stakes." Eventually he begins the research, "immersing" himself in his new ideas for a story.

However (and I love this approach as it takes that pressure off) he takes his time creating the story. "The idea for the new thing is always too precious and fragile to start actually building on at that stage. And then there comes a time, miraculously, when I find I've had enough . . . and I simply must wave the magic wand and start getting these characters in my head to speak, and to tell me about the weather, and to let me into their worlds."

Note that Castellani also published a craft book, The Art of Perspective: Who Tells the Story. 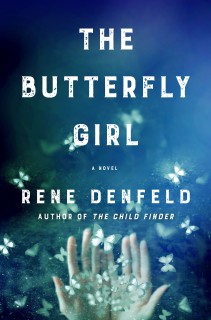 Finally international bestselling author Rene Denfeld began with a standalone novel (The Enchanted) then found herself beginning a series. The Child Finder will be followed by The Butterfly Girl (this second installment starring Naomi Cottle releases Oct. 1, 2019). It's nice to have a series, as you're always building toward the next book. Denfeld gives practical advice, in any case, on concrete ways to move from one novel to the next:

"Saying goodbye is the hardest part of life. We say goodbye to loved ones, to lost dreams and causes, to the crumbling expectations of life. The same is true with past books. . . . There are different ways to say goodbye. I think we have to see what feels right for us. I know some writers who make a ritual of it. You might try having a goodbye ceremony, and ritualistically place the book on a shelf. Another is to make it a teaching experience: offer to teach a local class at the library and make the goodbye part of your presentation. For me, I take time to think of all I have learned from the last book, and forgive it and myself for its faults. I look at it as an artifact from a time in my life that now lives on (or doesn't). Then it is time to dust the hands of imagination and get back to work."

I love the idea of having a ritual goodbye, talking about novel ideas in public to get the feel of them—like trying on new clothes in a store—immersing yourself in research and in a world that you love, then dusting off the hands of your imagination and waving that creative magic wand. And if you are stuck, remember, you are not alone.