I’ll Bet You Think This Story’s about You: When People Keep Finding Themselves in Your Fiction 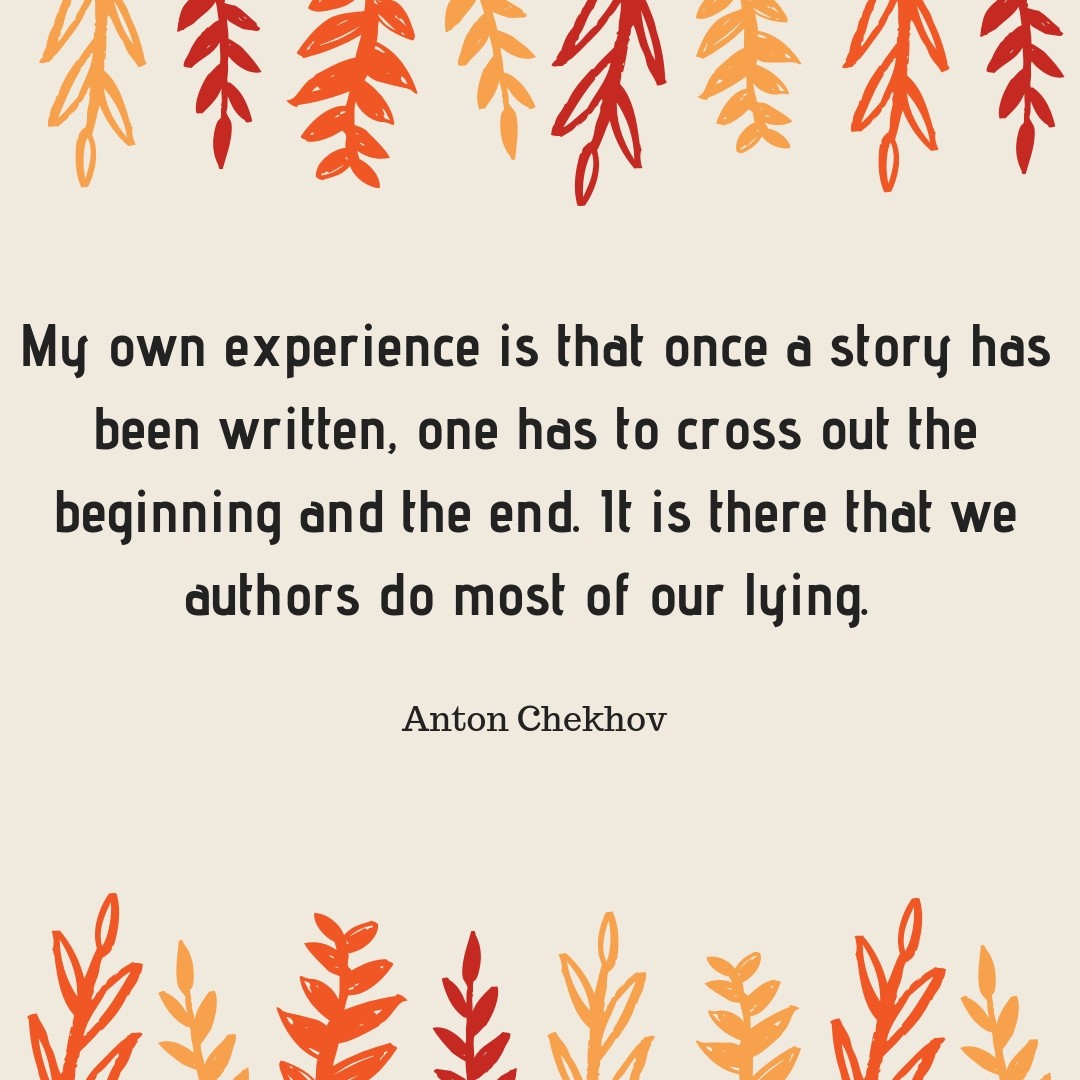 A Phone Call from Mom

"Do you know what your brother did when he finished reading your novel?" my mother asks.

"He WhatsApped me," I answer. "'Just finished your book. Great read'."

I reread my brother's exact words from my phone. There is a cheery note in my voice because I've already won this conversation. With this book publication there will be no family drama. We can skip the, "s/he's going to kill you when he reads that" back and forth.

"That's not how it went over here," my mother says.

"I couldn't take it anymore."

"Because of my novel?"

"He was raving mad."

"Oy. You sure it wasn't something else?"

Selection Is Also for Novelists

You might think the agony of what to remove from your work is reserved for nonfiction and memoir writers. True when I do write the occasional nonfiction piece, usually an essay, I agonize if it has anything to do with family. I'm not out to hurt anyone. On a practical level, what do I do?

I change names, genders, ages, locations, and other identifying factors, nothing that's not standard. I have also at times left a sibling out of a scene entirely if I can get away with it, to minimize the bruising, if I think there will be any.

Mostly, I stick with fiction.

And I'm here to tell you it doesn't make the problem disappear. I could write about dragons who play tennis on Mars and I would still undergo family scrutiny and receive comments like, "I know who that head dragon was supposed to be," or "you did a good job of portraying Mom as a fire-breathing tennis champion."

Famous writers like Anne Lamott are quoted left, right, and center about people who should have behaved better if they didn't want to be written about. Writers Digest tells us never to write for revenge about our families, to write with compassion, and to be prepared for any reaction.

But who talks about when we don't write about our families and they're convinced it's them anyway? Family is knitted into our lives. Getting together with your family for celebrations, gatherings, and holidays are unavoidable. So at least half a dozen times of year, I get drawn into this conversation about whether someone will be upset by my last short piece because obviously, it's about them, even when it isn't.

"I was just relaxing in the living room, you know?" my mother continues.

"He's not in my novel. Neither are you," I answer.

"The mother's dead before the novel begins."

"You did say the mother was very pretty."

My mother's phone call is nonsensical. This novel is "family-proof" because it's blessedly sibling-free; my heroine is an only child. Not only does it fit the story—there are plenty of other characters to contend with—but it saved me from that dark path many writers have to tread stripped naked and often blindfolded: the path of omission.

This hair-raising path has many branches, but "family" is one of the least avoidable routes and "siblings" a prominent sub-section. We often read about writers who work with maps (Google or otherwise) in front of them to depict authenticity in location. There are other, lesser-talked-about sibling maps to navigate.

As a writer with five siblings, I have an intimate familiarity with this route. Siblings see themselves in your writing, no matter what. They point out places they are present in your work in paragraphs where you never put them, not even their shadows.

You can't imagine what it's like if you've never gone through it.

So if this conversation was a nonstarter, why was there strain in my mother's voice? She's 82, but her voice remains the same and since almost 100 percent of our interaction is telephonic (my mother lives in Canada; I live in Israel), I have learned to identify even the slightest change in her intonations over the years.

"He marched over here, burst through the door and he starts. He was having a fit. 'So that's it! He says. That's the reason. Now I know.'"

My mother was yelling now too. She was yelling about my brother's yelling. I should explain that they live on the same long street, at opposite ends. My brother and his family are as frequent visitors as me and my family are infrequent.

My mother is in full-on brother imitation now:

"I just finished reading Gila's book. That's why I never got that job! It was Abba's ex-wife."

"You wouldn't remember," my mother says in her own voice now.

"There's nothing in the book about any job."

To be clear, I have never met my father's ex-wife. I've never even seen a photograph of her. There isn't one that I know of and I'm not interested if there is. There were no children from my father's first marriage, which, let's face it, was 62 years ago! I don't even know if his ex-wife is alive, given that my father's 82—it's impossible to say, seeing as I don't know her current last name or her maiden name.

And the father in my novel has a similar background to my father's but he's not my father. In my novel, the father is a mechanic who can "fix anything and is often found under the body of a car." My father is afraid the microwave will explode if he pushes the wrong button. He waits for my mother to come home and heat things up. He's no more a mechanic than he is an elephant trainer. And if, heaven forbid, he is ever found under the body of a car, I'm afraid an ambulance would be required. It was his geographical and genetic background I used for my novel, a mere shadow of him.

I was so careful omitting any reference in this latest fiction novel to any siblings, I thought I was in the clear. Sorry, Mom.

As a mother, daughter, sister, wife, neighbor, the selection process for a writer can be agonizing. I remember with my first novel, I couldn't shake the comments that the overbearing husband in my story must be my real husband. They came from neighbors and friends. It was over the top. A couple of them even called him by the name of the husband in the novel at a party. He was an excellent sport about it.

So, does the omission process matter? Is all of that self-scrutiny worthwhile if people will believe whatever they want to believe, anyway? I think it does. You know what you've written and the people you've written about know, too. My husband could laugh off the teasing because he knew I wasn't writing about him.

The struggle with omission doesn't just end with people. Location is yet another muddy area. If anywhere you live is identified as your actual neighborhood, things might get sticky. You worry your neighbors might dislike any literary dirty-laundry hanging.

If you live in Israel, that issue can be amplified 10 times over. Do I have to include an equal number of Jewish and Arab characters? (Interestingly, as a Canadian, I never felt guilty about omission if every character was a Jewish Canadian.) Yet as an Israeli writer, I am highly conscious of which type of Israelis are present and which are not.

What I've learned so far is not to let these insecurities steer me off course. I draw a lot on the words of Flannery O'Connor. She describes writers as "seekers of the real, but the realism of each novelist will depend on his view of the ultimate reaches of reality."

I need to omit only inasmuch as I am not destroying the reality I want to convey to the reader. That's how I fulfill my part of the deal as the writer; the readers will have to choose what parts they wish to play on their own.

Thanks to The Millions for posting this article.