An Interview with Mark J. Mirsky 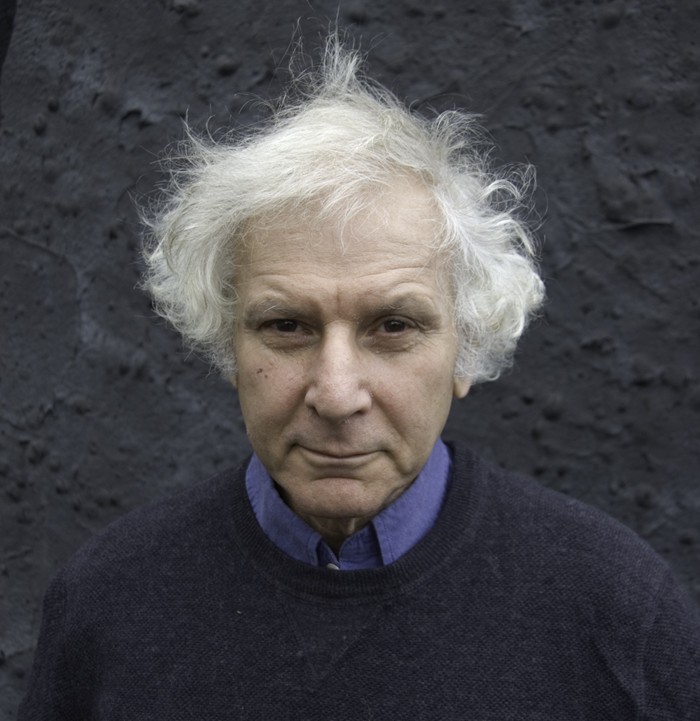 I'm thrilled to have one of the most influential editors on my work here today on my blog. I met Mark as a student at Bar Ilan University fourteen years ago and I've been lucky enough to continue to learn from him. He is a constant support.

Mark Jay Mirsky is professor of English at the City College of New York, a former director of its M.A. Program in Creative Writing, and the founding editor of the magazine, Fiction. He has published thirteen books among them the novel, Blue Hill Avenue, which was recommended in the NY Times Sunday Book Review together with work by Vladimir Nabokov and Donald Barthelme and cited by the Boston Globe in 2009 as one of the 100 "essential" books of New England. His last novel, "Puddingstone" was hailed by Cynthia Ozick, "Here is joy, and its name is Puddingstone, and its miraculous-mercurial voice is ... pure dervish-dancing antic, exuberant erudite Mirsky."

Gila Green (GG): Are you currently working on your own project? If yes, can you tell us about it, specifically how did you come to be working on it and what is your goal with it?

MM (Mark Mirsky): I am always working on a new project or more often as I am now 79 years old, a former project that has not been published, which means that somewhere in the manuscript, a line, a paragraph, pages, or a chapter is crying out to be changed.

Right now, the book I received a National Endowment for the Humanities grant for 37 years ago, is still on my desk. It records in their voices, the emigration of my father and his family from Pinsk in Belarus, to Boston in 1919 (and his cousins to Montreal, Buenos Aires, and Israel). They lived through the nightmare of World War One on the front lines between the German and Russian armies.

My book, which was written largely from interviews with them on tape and in notebooks, sits there asking for attention together with a novella I wrote sifting the world of Mary Shelley and Percy Bysshe Shelley through the novel Frankenstein and my own life. Three other unpublished novels set up their outcries farther along the shelf from time to time.

GG: Do you find writing has changed since readers are now reading frequently on screens? Has it altered the form?

MM: The ability to self-publish and sell at very reasonable rates and on electronic readers like Kindle through Amazon, Apple, Smash Words has changed readership, but a remarkable number of my students and friends do not want to read on these devices but prefer having a book on hand.

To publish electronically only is a nightmare and I have resisted in regard to the magazine I edit, Fiction, forgetting about print, which inscribes a book in a way that is both mysterious and profound—and echoes the faint hope that a text will have a life after one's own is over. Agnon talks about this sifting of one's work after death when the world of readers decides whether it has any intrinsic worth and revives a book like Moby Dick, while forgetting others that were far more popular in the author's life.

I don't think however that whether read in electronic or printed page, the form of the novel, short story or essay is changed, at least in my work. That is because truly resonant prose like poetry is written and received through the ear and however the eye records it, the channel of appreciation is its sound and the interplay between the stream of images and the echoes embedded in their description.

GG: Are themes in Jewish writing the same as they were when you began teaching, reading work and editing or are they very different today? Do you find major differences between Jewish writing and Israeli writing?

MM: I have no idea. My identity as a writer was formed by my childhood in the Jewish streets of Boston from my father's stories (as a lawyer and a State Representative in the Massachusetts legislature) of his clients and constituents in the synagogues and delicatessens; as well as the circle of young people I grew up with there. Another influence, almost from infancy are my father's memories of Pinsk.

Later, at college and until his passing a few years ago, of Rabbi Ben Zion Gold at Harvard, who introduced me to Phillip Roth, Bernard Malamud, and Saul Bellow, the Howe and Greenberg Treasury of Yiddish Literature, as well as Gershom Scholem's work (and meeting Scholem several times), the rabbinical texts, which sent me to the Soncino translation of The Babylonian Talmud, The Zohar and then my discovery of Rabbi Joseph Soloveitchik and my attendance at his talks on Saturday nights at the Maimonides Institute in Brookline, Mass.

Like my friend, Cynthia Ozick, however, whose support has kept my dreams alive, I do not identify as a "Jewish Writer" even though I am a Zionist. I am a writer to whom my great non-Jewish professors at Harvard, Albert J. Guerard and William Alfred, were lifelong mentors. Virginia Woolf and Robert Musil are as important to me as Sholom Aleichem and Agnon.

GG: What is your favorite aspect of your work: lecturing, researching, writing, editing? Why?

MM: Teaching, while it is become increasingly exhausting, is a fountain of youth for me, of living waters, and brings me into the world of young writers, and their stories. It is a privilege to sit and exchange stories with students who come from the world of African American neighborhoods, Dominican neighborhoods, the Haitian immigration, or the world of Islam, Pakistan, Syria, India, China, Korea, the Philippines.

Trying to explain literature, as opposed to popular writing, to this generation of students, so few of whom have spent time reading the classics, is frustrating, because they haven't been trained to hear, as I was. Teaching creative writing is much easier for me because I encourage them to tell their own stories and then to recognize that they already have a voice in which they speak aloud, and they only have to learn to set it down on a page.

GG: Do you believe so many years in an academic environment benefits your writing and editing or detracts from it?

MM: I remember the Rav, Rabbi Joseph Soloveitchik, stressing the rabbinic principle that a scholar had to also have an occupation so that he (or she) knew what the real world was all about. He remarked to his distinguished audience one night at the Maimonides institute in a modest, and probably ironic self-reflection, that he considered himself to be, "a melamud," a humble teacher.

If one sees oneself as a super-star lecturer who expects to be treated as privileged, yes, I think it can detract, but every writer of substance is an individual whose inspiration comes from a different set of circumstances and whose luck is different. I have so often found myself teaching at a very basic level to students who have never come in contact with someone who took the time to care about their writing and the level of their appreciation of literature.

My sense of being just that in the world is a humbling one. As for my fellow members of my department, I doubt that they read what I publish or have published. My older colleagues who did take an active interest in my work have all passed away and so have most of the older writers whose approval was so important to me. The two great professors at Harvard, William Alfred and Albert Guerard (I went out to Stanford to take my M.A, with the latter).

I bring them up because they were not only strong influences as writers, but they managed to be models as teachers. Seeing myself as a teacher in the way they were, I find teaching not just important but a check against false pride. Editing student prose sharpens my ear in reviewing my own prose. The university has given me the time to write my books and the income to support my wife and children while doing so.There are just a few writers whose book sales allow them to exist without seeking other ways of "making a living." I was fortunate to have found a place at the university (I have taught at Stanford, Bar Ilan, but chiefly at The City College of New York) at a time when the idea of having writers, rather than academics teaching literature, was popular.

Some writers whom I admire like Italo Calvino, found a berth at publishing houses; others like Max Frisch earned enough as playwrights as well as novelists to resist teaching jobs. Donald Barthelme whom I kept importuning to come and teach at City College, replied the first few years I tried to lure him into our graduate writing program, "When my brain is sufficiently deteriorated by alcohol." Eventually however he succumbed.

Donald was certainly one of the most important if unofficial teachers in my life whose living room I haunted as often as I could, to listen to his mischievous commentary on books, other writers and his own life. As an antidote to his sarcasm, however, when it comes to my life as a writer at the university, I remind myself of my father's cousin Vovka Volk, and his Yiddish witticism, when I interviewed him in Buenos Aires, "You don't spit in the pot you eat from."

GG: Thank you so much, Mark. It's worth stressing to other writers how important it is to have mentors.