I like complex, flawed and vulnerable characters who struggle with moral questions and try to navigate the world with a sense of purpose, and most importantly, a sense of humor. 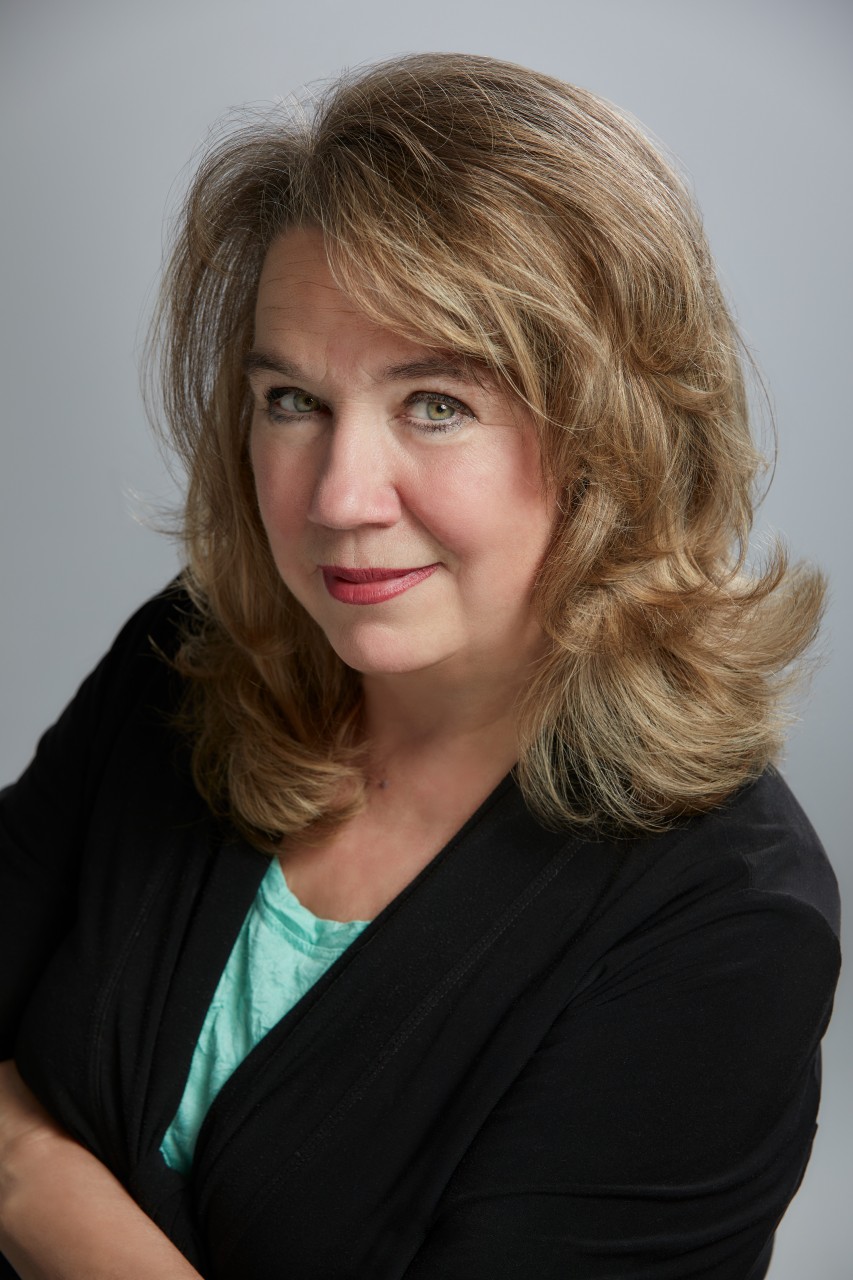 I'm so pleased to welcome author Ann Lambert to gilagreenwrites. Wonderful to have a fellow Canadian here with me and I'm sure many of you will be interested in her award-winning work both as an author and a playwright.

Ann Lambert is the author of the Russell and Leduc Mysteries. Ann's first novel, The Birds That Stay was nominated for the Concordia Best First Book Prize. Ann's second book, The Dogs of Winter, won Audiofile's Earphones Award in January, 2021. She has also been writing and directing for the stage for thirty-five years. Several of her plays, including The Wall, Parallel Lines, Very Heaven, The Mary Project and Two Short Women have been performed in theatres in Canada, the United States, Europe and Australia. Ann is the former head of The Playwriting Program at the National Theatre School of Canada. She has been a teacher of English literature at Dawson College for almost thirty years in Montreal, Quebec, where she makes her home. Ann is also the co-founder of Theatre Ouest End in Montreal and vice-president of The Theresa Foundation (www.theresafoundation.com), dedicated to supporting AIDS-orphaned children and their grandmothers, the education of Malawian girls, and alleviating food insecurity in several villages in Malawi, Africa.

GG: Could you please talk about the title? What has been the reaction? What does it represent?

AL:The Dogs of Winter actually took a while to come up with. The (not so original) working title was Tunnel Vision. This worked well because the first death takes place in a tunnel, and it also refers to a flaw that characterizes some criminal investigations. But that title was taken--many times over. We finally settled on The Dogs of Winter for a few reasons. On a literal level, dogs are important in the book, as they feature prominently in the central plot, and to some degree as characters, as does the brutality and beauty of a Montreal winter.

The title actually appears in the book when Marie describes two huskies she often sees in her urban neighborhood on their daily walks, straining at their leashes. They remind her of a book she loved as a child that depicted Inuit children going to school by dogsled. As a child, Marie wanted desperately to do the same, and used to call sled dogs the "dogs of winter". Finally, I liked the idea of an animal in every title of this series. The first book in the Russell and Leduc Mystery Series is called The Birds That Stay. I am an avid birdwatcher and I love observing animals, both domestic and wild, as you might have guessed.

GG: Did any of this book or its characters ever appear in other earlier writing, a play? A short story? How did these characters come to you?

Marie Russell (58) is a divorced former marine biologist turned landlubber and Montreal college professor. She is sandwiched between the needs of her struggling 20-something children and her Alzheimer's-addled mother whom she must place in a nursing home as the story begins. Marie becomes an inadvertent detective when an elderly neighbor in her little town of Ste. Lucie outside Montreal is brutally murdered. It is through this that she meets Romeo, and for the first time in many years Marie admits that a romance might be possible again.

Romeo Leduc (49) is the Chief of Homicide for the Sûrété de Québec. Although at first reluctant to take the case, he is quickly invested in a murder victim that no one seems to care much about. Romeo is the divorced father of a headstrong teenage daughter, and is well-respected for his solving of a famous serial murder case years earlier. He, too, had given up on dating or the possibility of marrying again, until he meets Marie.

The Dogs of Winter opens as a howling snowstorm envelops the city, and the body of a young woman is discovered in its wake. There are no clues to her identity, save one: the photograph in her pocket, and on it, the scribbled phone number of Romeo Leduc. In this second book, Marie and Romeo are busy navigating the demands of their jobs, families and their deepening relationship when Romeo begins to think that the death of the woman may be linked to those of several homeless people in Montreal. Meanwhile, Marie is dealing with a student at her college who is the victim of a terrible assault. Both cases may be linked, but the search for justice in both investigations is thwarted by societal apathy and ignorance, even as the killer is stalking the frigid streets of Montreal, preying on and terrorizing its most vulnerable citizens.

Marie Russell is very much based on much of my life's experience, but of course she is also a composite of several people, as are almost all of my characters. Romeo Leduc is very much like my husband, who I've been with for almost 33 years. But my husband is a school principal, not a homicide detective.

There are several other recurring characters, but the main one is Ti-Coune Cousineau. (49) The local low-life, he stays afloat by ingratiating himself with former biker gang "friends" and by making a few bucks providing the local cops with information. Romeo and Ti-Coune went to the same Montreal high school. In The Dogs of Winter, Ti-Coune is obsessed with finding his sister, Helene, whom he has not heard from in several years, and who is somehow involved in the death of the homeless woman.

Two other central characters in The Dogs of Winter appeared in a play I began about 12 years ago, and for a host of reasons, never finished. One is Rosie Nukilik (27) an Inuit from Salluit in Nunavik. In The Dogs of Winter she has come to Montreal because her sister got sick, and then fell into despair when her sister died. She is a talented musician, loyal friend, and remains hopeful despite some big challenges in her life. She is the first victim in the book.

The impetus for creating Rosie as a character was the suspicious deaths of two young Inuit women in Montreal in 2017. When I read that both were determined to be suicides by the Montreal police, and neither death was being investigated further when it was clear one was certainly a homicide, I was horrified. Both women were the same age as my daughter, and that was very powerful for me. All I could think about was why had they died so terribly and my daughter was allowed to pursue her life? I have always appreciated the adage: Don't write what you know. Write what you want to understand. I wanted to understand how and why this happened.

Danielle Champagne is a very successful Montreal entrepreneur, the charismatic head of a cosmetics and lifestyle company on the verge of becoming an empire. She is divorced and has one daughter. The lives of these two very different women collide literally and figuratively in the book. I was very drawn to the dramatic possibilities of that.

GG: Has your book had a different reaction in Quebec than in the rest of Canada?

AL: The books are read by people all over the world, and reactions have been overall very positive. I do sometimes read that non French-speaking people sometimes express a preference for less French in the books, but every French passage is either translated by a character or is understandable in context. It is very important to me that there be some French in my books, as half my characters are francophone. Many readers have commented that they love the French in the audiobooks. My books are not published in French yet, so that does limit access to many Quebecois.

GG: What has been the reaction of the Indigenous community in Canada or elsewhere?

AL: We consulted with members of the Inuit community to benefit from their experience and insight in the representation of Inuit characters.

GG: Is there something that was edited out of the book that you wished had stayed in? Can you tell us about the editing process?

AL: I think this is pretty rare for a lot of writers, but no. Once I have my outline done and the story sorted out, I am a pretty economical writer; I try to tell the story as lucidly and as sparingly as possible. I am not someone who writes 200,000 words and has to cut the manuscript in half. I aim for about 85,000 to 90,000 words and that seems to be exactly how many I need to tell the story. My editors at Second Story Press, Gillian Rodgerson and Kathryn Cole have been very supportive and respectful of what is important to me, while offering valuable feedback when edits had to be made.

AL: I think I would like readers to know that I write the kind of books I like to read: for murder mystery fans who appreciate greater complexity and depth of story-telling, who appreciate stories when history collides with characters in their daily, ordinary lives, and take them on a tumultuous, page-turning and unpredictably satisfying journey. I like complex, flawed and vulnerable characters who struggle with moral questions and try to navigate the world with a sense of purpose, and most importantly, a sense of humor. I like books that create a rich, textured geographical, political and historical landscape that I want to know more about. I like prose that makes me look at something familiar in a fresh way. I like effective storytelling that makes me feel reluctant to put the book down. I hope that for many people, The Dogs of Winter will be that kind of book.