"I briefly considered writing my story as a memoir, but I just couldn't do it, it was too painful, so I chose to go the fictional route." 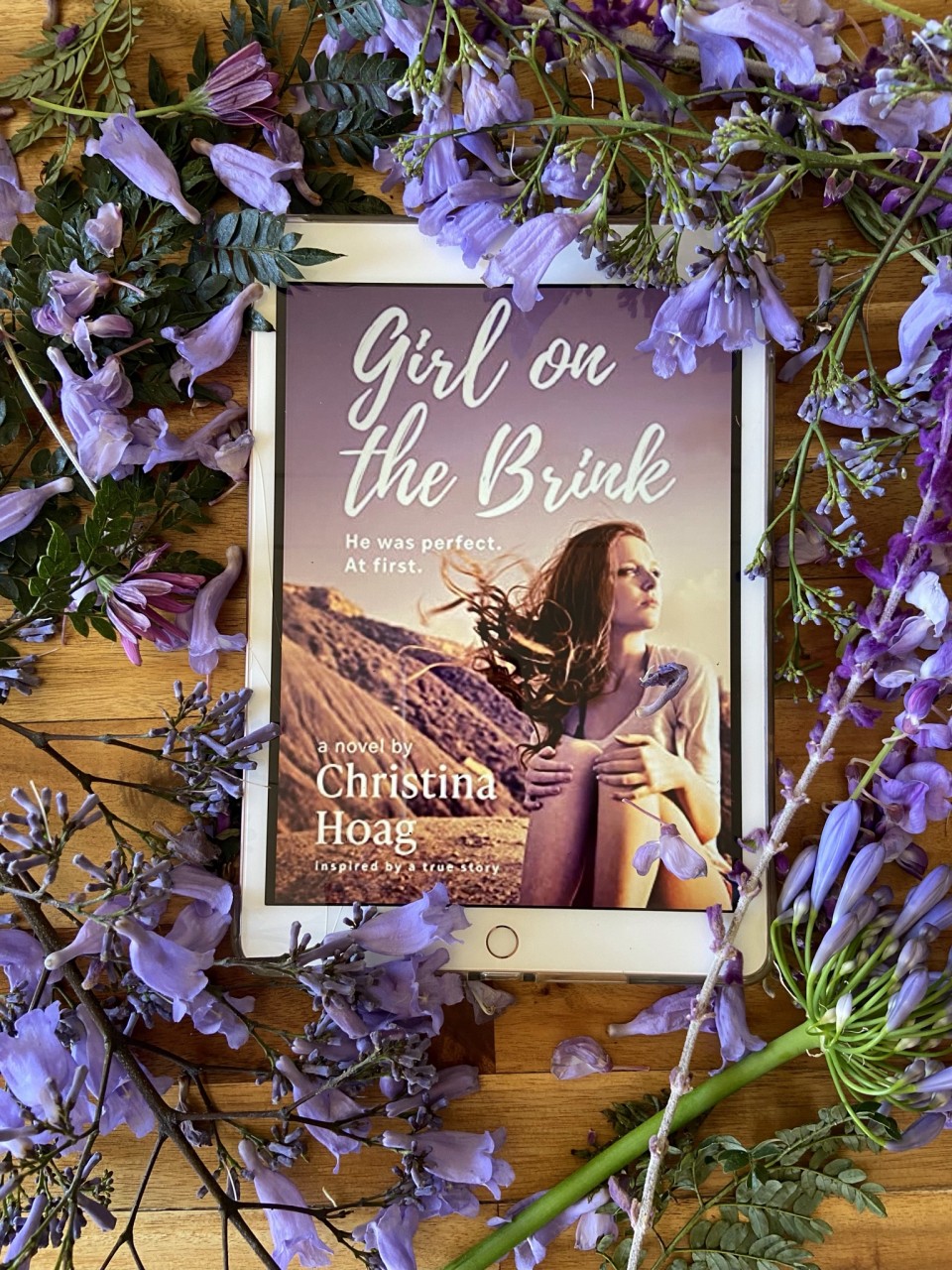 I recently participated in a panel titled "How True Events Inspire Crime Fiction." Thank you UK-based author Madeline Dyer for inviting me to participate for the second year running. The host was YA author Kit Mallory, who did a sterling job and there were some wonderful panelists. One of them was author Christina Hoag and I immediately grabbed the chance to invite her to visit gilagreenwrites. For the rest if you're reading this, the invitation is still open!

I'm particularly interested in the subject of abusive relationships and Christina's novel Girl on the Brink grabbed me right away. Her interview is even more fascinating! Christina has lived all over the world (see below). She grew up in seven countries and lived in three additional countries as an adult. Her international perspective is rare and she shares valuable insights into her writing process in the interview below. Please welcome Christina Hoag to gilagreenwrites!

GG: You have a diverse background (I read online that you've lived in a wide variety of countries).

How do you think this affects your writing? Does any of this come out in your heroine Chloe in your latest book Girl on the Brink? Or in any of your other characters?

CH: It's really not reflected in Girl on the Brink at all—see answer to question seven! In other works, I have characters with overseas backgrounds such as mine, such as the mystery I'm currently writing. The secondary character grew up in Hong Kong and his family had to leave because his father was a dissident. In Skin of Tattoos, my noir crime novel, the characters are Salvadorans living in Los Angeles whose families fled the civil war in El Salvador. I grew up in seven countries and lived in three others as an adult. Unfortunately, this upbringing is simply not relatable for the vast majority of people, which I have written about in a number of essays.

GG: This story has been described as a "cautionary tale." Is this why you chose to write it for teens instead of for adults? Was it originally a story for adults or a short story that you later extended into a novel?

CH: Girl on the Brink was inspired by own experience in an abusive relationship. I wrote it as YA for two main reasons. The first is to help educate teenagers of the red flags of abuse because no one teaches you these things and they can be easily mistaken. Excessive jealousy can be misconstrued as "he just loves me so much," for example. However, once you're aware of these signs, they are very clear. The second reason was legal. Since it was inspired on my own experience as an adult, writing it with teen characters distanced the story from truth. My abuser liked to go after people in court, as many do, so this was an added layer of protection for me, as well as changing his physical characteristics, setting, etc.

GG: How did you choose the title Girl on the Brink?

CH: At the time, a couple titles with "girl" in them were bestsellers so honestly, I thought, why not use "girl" also? (Gone Girl, The Girl on the Train). And I needed something edgy that portrayed danger.I think on the brink" is an accurate summation of what abusive relationships do to someone, they bring you to brink of many things: breakdowns, sanity etc.

GG: Would you describe this work as autofiction? If not, why not? I teach autofiction, so your response may be particularly of interest to those readers.

CH: Girl on the Brink is basically a work of autofiction. I briefly considered writing my story as a memoir, but I just couldn't do it, it was too painful, so I chose to go the fictional route. It's loosely based on my own experience-the situations are parallel but not the same, dialogue in many instances is the same. I took a lot of dramatic license so I'm not sure if it's exactly autofiction, but along those lines.

GG: If your heroine was male, would you have written the story differently? Do men/teen boys have to worry about different warning signs (as opposed to girls/women) or are they more or less the same?

CH: I would've written it somewhat differently with a boy as the protagonist. Boys/men fall victims to abusers and domestic violence with one big difference from girls/women: they are generally not afraid that they will be injured or killed. Instead, men principally fear damage to their reputation or finances. With a male protagonist, I probably would've reflected that in some way, as well as stalking and harassment.

GG: Did you use any medical/mental health professionals as beta readers?

CH: I did not, however, I read three nonfiction books on borderline personality disorder (which is what Kieran has although I never state that), a couple of survivor memoirs and a book by an eminent expert on batterers and why they batter. These books validated my own experience and gave me additional context. I also had gone to a domestic violence support group and heard many stories from survivors. Additionally, I read YA other books portrayed abusive relationships and watched several films on the subject.

GG: You've lived in so many places and traveled extensively but your novels seem to take place in the USA (please insert a correction if that's wrong) or at least most of your novels. Have you considered using your background to write in international settings?

CH: This is a sore point for me! I have been informed by literary agents and others in the publishing industry that American readers don't like to read international settings The few exceptions to this are the spots that Americans visit most-London/UK and Paris--and James Bond-like thrillers. I actually love reading books set in foreign places and seek them out. I learn a lot from them. The mystery novel I'm working on now is set in New Jersey (the same fictional town as Girl on the Brink) and I have another project that is US-based (likely California). However, I have another novel set in Venezuela that's sitting in my proverbial drawer and a couple ideas for suspense novels set in Latin America. I also have a novella I'm finishing that is set in the Venezuelan and Colombian Amazon jungle.

GG: Did you receive any reactions to Girl on the Brink that surprised you?

CH: In general, I was surprised at how much it resonated with readers! Every time I speak about it at various writing groups, on podcasts and so on, people come up to me afterward and thank me for writing about abusive relationships, and saying it happened to them too. Domestic violence is incredibly pervasive. It affects all sectors of society and all cultures, ethnicities, religions etc. around the world. It's stunning, really, how widespread it is. The reactions I've received are very gratifying.

CH: Girl on the Brink was just released in Spanish – Chica al borde – and is available as an audiobook on Audible. Visit my website https://christinahoag.com to sign up for my rather infrequent newsletter and find me on social media. Thanks for having me on your blog, Gila!

Christina Hoag won a prize for writing interesting stories when she was six years old and that's what she's been doing ever since. She is the author of novels "Girl on the Brink," named Best of YA by Suspense Magazine, and the noir crime tale "Skin of Tattoos," Silver Falchion Award finalist. She's also the co-author of "Peace in the Hood: Working with Gang Members to End the Violence." A former journalist for the Miami Herald and Associated Press, she reported from Latin America for nearly a decade for major media including Time, Business Week, Financial Times, and the New York Times. Her short stories and essays have been published in numerous literary journals and recently won awards in the International Human Rights Arts Festival Literary Awards and Soul-Making Keats Writing Competition.