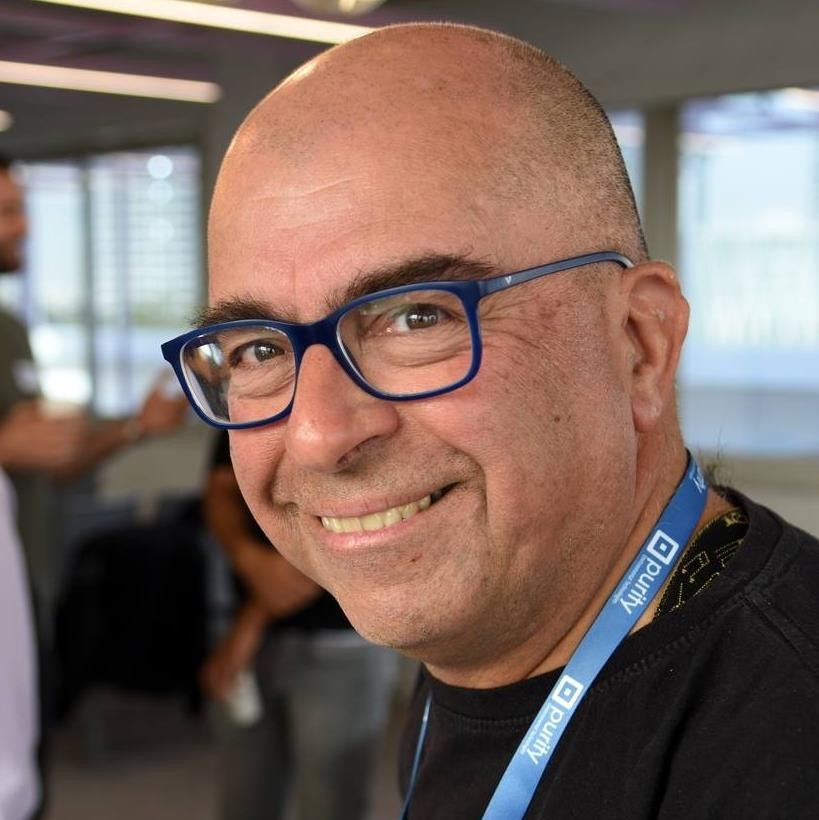 I'm happy to share my newest author interview with you today. If you can believe it, Mel Rosenberg is originally from my hometown of Ottawa and I met him only this year but that's not the amazing part. It turns out that Mel's mother was my kindergarten teacher way back in the Old Days. How is that for small world? Indeed, one of my earliest memories is of Mrs. Rosenberg as a teacher on recess duty reciting the classic "sticks and stones will break my bones but names will never hurt me" to my sobbing five year old self.

Anyone else remember that saying and do teachers still say it? While you're pondering that, please welcome Mel Rosenberg.

Prof. Mel Rosenberg is an award-winning scientist, inventor, writer, and musician. He has published over 100 scientific articles, reviews and books. His microbial research on human odors at Tel Aviv University led to a series of inventions, including a mouthwash now sold by Colgate.

He currently heads up the Keter Innovation Center at Shenkar College where he teaches courses on the professional future. Prof. Rosenberg received his Ph.D. (Microbiology, 1982) and was Professor of Microbiology there until he took early retirement in 2009.

In 2013 he co-founded Ourboox.com, a free website for self-publishing which now hosts over 120,000 ebooks, including many children's books of his own. He has produced two CDs of vocal jazz standards and performs regularly. He is a licencee and co-organizer of TEDxShenkarCollege and has written three TED-Ed animated lessons.

Prof. Rosenberg was born in Canada and immigrated to Israel in 1969. He's married with two children and two grandchildren.

GG: Why did you start this free platform?

MR: I had thought for years that someday books will be free, and I wanted to be a part of it. So about fifteen years ago I started a website called meltells.com . I hired a wonderful illustrator (Rotem Omri) to illustrate my children's books and made them all available for free, with page-flipping and vocals. Unfortunately, few people found out about the website. I realized that I had to create an international community of writers who wanted to share their content for free. My wife who is a poet and novelist was in favor, and we had the funds to support this idea from the royalties accruing from a mouthwash I invented. All we needed was a technological genius to make it happen. In 2013 I met Ran Shternin through his brother Roi and we hit it off. I asked Ran, "Can you create a website where you take text and swoosh - it becomes a page in a book. And then you take an image, and swoosh - it becomes another page." Ran wanted to know whether I wanted the books to be free. "Of course," I answered. "I'm in," was Ran's answer. By the beginning of 2014 Ran had set up the incredibly simple to use platform and writers started to create e-books. During this Corona period we have several hundred new books each day.

GG: Is the outcome what you expected? In what way?

MR: Right now the foreign countries who use our website the most are Bulgaria, Ukraine, Italy and Turkey. I could never have anticipated this. Secondly, I did not anticipate the interest of teachers from around the world who have made Ourboox a platform of choice for enabling their pupils to become authors of interactive content using our e-book format.

GG: What is the future of Ourboox?

MR: Ourboox will continue to demand a lot of my time in the coming years, and I love it. My biggest other dream, which is closely related, is to become a better-known children's book writer and further improve my craft in this competitive field.. Ourboox has helped me a great deal, especially because the books can always be edited and improved. The Ministry of Education discovered my children's books on the Ourboox platform and has begun to use them to teach English. The first one is called Nick's New Job. That's 'naches.'

GG: Aside from this platform, what do you personally write? Fiction? Nonfiction?

MR: I spent most of my career writing scientific articles and books, but now I write mostly children's stories and satire. The three scientific animated TED-Ed lessons I have written have been viewed by over seven million people.

GG: What is the relationship between your teaching and your writing?

MR: The relationship is intimate. I teach using Ourboox rather than powerpoint and encourage my students to express themselves as authors as well. It really works.

GG: How do you think being raised in one language (English) and living in another language (Hebrew) affects your writing and your teaching?

Repost: Canadian Writers Abroad: Where are they no...
I voted in the Crystal Kite awards