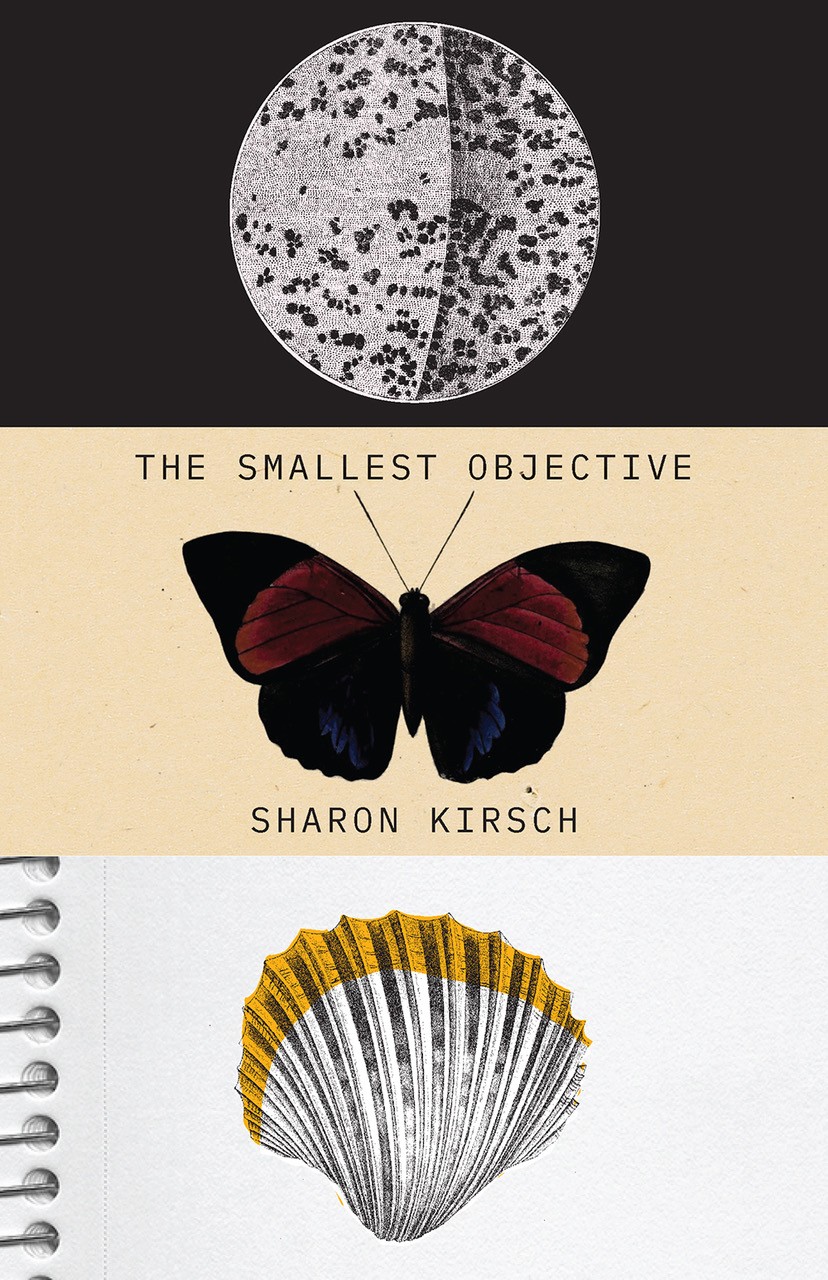 Sharon Kirsch is most recently the author of The Smallest Objective, released by New Star Books, Vancouver. Her earlier book, What Species of Creatures, was an imaginative telling of first encounters between early settlers to North America and unfamiliar "beasts." Reviewers described the title as "remarkable" and "unsettling." The Smallest Objective, Sharon's memoir of mid-century Montreal, has been chosen by the book site 49th Shelf as one of five significant books about Alzheimer's, as well as being selected by The Miramichi Reader as its honorary title for Jewish Book Month 2020. Sharon's flash prose pieces and short fiction have appeared in subTerrain and Room magazines, among others, and her travel stories in The Los Angeles Times and The Washington Post. A onetime Commonwealth Scholar in Middle English literature, she is also a graduate of Toronto's Humber School for Writers. Originally from Montreal, Sharon has lived in the US and the UK and is currently based in Toronto.

"Judaism at the level of religion doesn't feature large in this memoir. In every other respect, however, I'd maintain that The Smallest Objective is a deeply Jewish book."

I love introducing writers to new audiences and fellow Canadians are a favorite. Welcome, Sharon!

GG: What made you decide to write a memoir as opposed to a novel based on the same story or even to turn the story into auto-fiction?

SK: Although The Smallest Objective is categorized as memoir, it's really a hybrid of memoir and biography that borrows, too, from other genres. This blurring of genres seems very much in line with current literary trends, wherein so-called "facts" specific to the author may appear in fiction—especially auto-fiction—and techniques of fiction like internal monologue, dialogue, and stylistic innovation are imported into genres such as memoir. As a memoirist, I felt that I had the full set of tools available.

More specifically, the several coincidences key to my narrative—the cake episode, for instance—would likely have been thought contrived had I presented them as fiction. Their extraordinariness is arguably more plausible and more compelling in the genre of memoir. As well, because The Smallest Objective is as much about what isn't known as what is, the book includes the biographies of several family members who remained obscure until I began exploring their belongings hidden away in my mother's house. Reviving the lives of these family members as authentically as I could strongly propelled me in the direction of biography. In particular, I was keen to introduce readers to my aunt Carol Rutenberg-Silver, a vibrant and gifted young woman whose tragically short life denied her the opportunity to complete her own story.

GG: You mention a buried treasure or "something under the bedroom carpet" in one of your interviews, a "treasure" your father wanted you to find—was it typical of your father to have secrets or bury things or was this a surprise request?

SK: Before my father died, he instructed me to recover "something buried under the bedroom carpet," for which a metal detector would be required. More than a decade later, as I was preparing to sell the family home in Montreal after my mother's move to assisted living, I finally undertook the search for what I imagined to be a "treasure." It proved more difficult than I anticipated, involving a master carpenter and a team of archaeologists!

My father was secretive insofar as, like many men of his generation—he was born in 1915—he tended to keep a lot to himself. For instance, when he began to suffer from memory loss, he didn't share his feelings or his diagnosis with me and my mother. As a physician, he would also have been accustomed to keeping other people's secrets. Burying things wasn't generally part of my father's repertoire, however. And yet one of my earliest memories of my father is of the two of us playing Fido, a game he originated, on the beach in Ogonquit, Maine. My father would bury a pretend bone, and I, as Fido, an imaginary dog, would rush to retrieve it. Some fifty years later, I found myself once again playing my father's game, only with higher stakes and in his absence.

GG: Could you explain the title of the book, "The Smallest Objective"?

SK: The Smallest Objective refers to the smallest lens in the compound microscope belonging to my paternal grandfather, Dr. Simon Kirsch. Simon immigrated to Montreal from Vilkomir, Lithuania, in 1890 at the age of six. A native Yiddish speaker, he excelled at school, earning a PhD in botany and becoming one of the first Jewish faculty members at McGill University. His Jug Handle microscope, now one hundred years old, is an item I recovered from my mother's basement—one that I was previously unaware of. Simon would have used it to view segments of plants enlarged to the cellular level. The microscope comes with several objective lenses, the smallest of which allows for the highest degree of magnification. This smallest lens became a metaphor, then, for my close-up examination of lost family and recovered objects.

GG: How big a part does Judaism play in this memoir?

SK: Judaism at the level of religion doesn't feature large in this memoir. In every other respect, however, I'd maintain that The Smallest Objective is a deeply Jewish book. The central themes of loss, memory, hidden objects or histories, and preoccupation with identity characterize many Jewish memoirs, including Young Heroes of the Soviet Union by Alex Halberstadt and In the Darkroom by Susan Faludi.

Beyond the thematic consistency with other Jewish writing, my memoir is necessarily grounded in Judaism. It's the story of several generations of Jewish immigrant families, from the Pale of Settlement in the late 19th century to the Jewish diaspora in Montreal— in 1951, the largest Jewish community in the British Commonwealth outside of London, England. All the central personalities in The Smallest Objective are Jewish and acutely aware of their Jewish identity. My grandfather Simon Kirsch, for instance, played an essential role in establishing several of Quebec's pre-eminent Jewish institutions: the Jewish General Hospital, Mount Sinai Hospital, and Camp B'nai B'rith. Then there's my great-uncle Moses Rutenberg, a celebrated conman and raconteur who became estranged from his family, assuming the non-Jewish name Jockey Fleming. Despite living at the margins of the law, and sometimes beyond, Jockey was laid to rest in a Jewish cemetery in Montreal, where his headstone is inscribed with the symbol of the Kohen, two hands touching at the thumbs and forefingers, the star of David in between.

GG: How reliable do you think memory is when writing a memoir? Did you make a great effort to "double check" your own memory?

SK: This subject was never far from my mind, since the book takes place as my mother is losing her own memory. I never assumed that memory, my own or others', would be completely reliable when it comes to recalling indisputable facts. In my view, memory is like the microscope of the title; it magnifies some areas while inevitably diminishing or excluding others. Moreover, memories aren't merely selective, but according to recent theories, continually revised. It may be that each time we recall the same event, object, or person, we embellish that memory based on our current circumstances and preoccupations, as well as the increasing distance from its point of origin. I believe this truth underlying memory is one that all memoirists must recognize.

Nonetheless, we have a duty to those we're representing to portray them as fairly and accurately as possible within our means to do so. To this end, I asked several old friends who'd known my parents well to review their portrayals in The Smallest Objective during the manuscript stage.

Ultimately, I believe we have to acknowledge that whatever we may recall is tinged with our own perceptions. Like my great-uncle Jockey, all of us inevitably have an uneasy relationship with the so-called truth.

Thank you so much for visiting me on my website, Sharon. I'm sure readers will be delighted by your new work.

Links for more about Sharon Kirsch