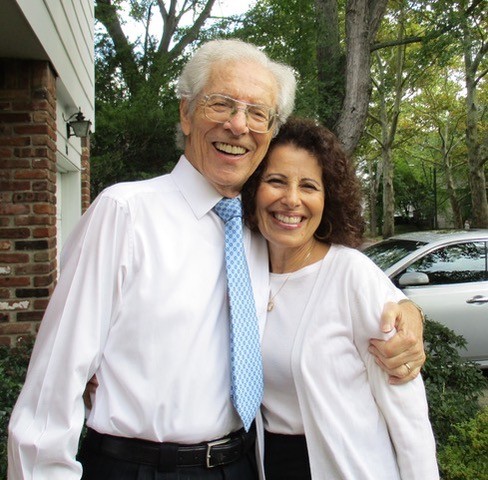 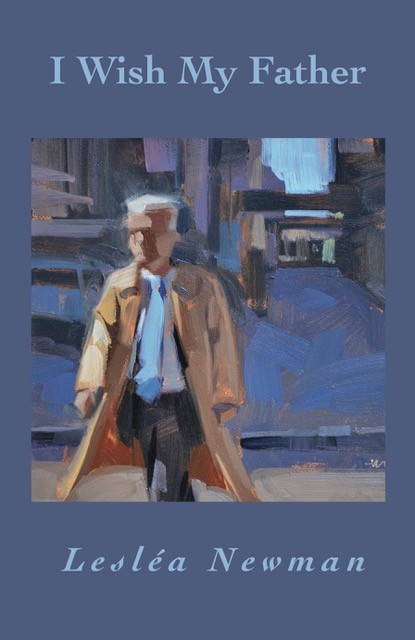 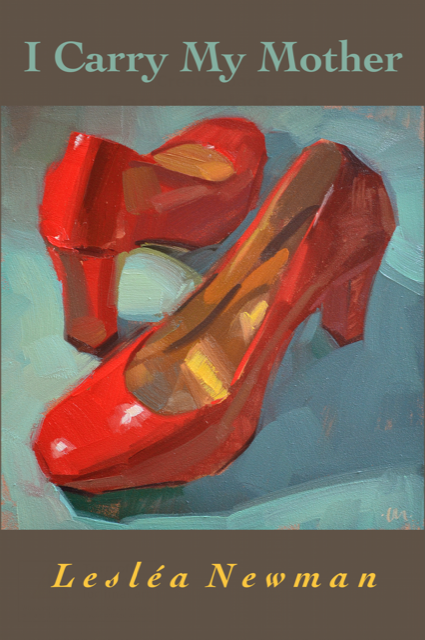 The Poetic Justice of Grief

"You're already writing about your mother?"

"It took me years to be able to write about my father."

"Don't you need time to grieve?"

"Wasn't it incredibly difficult to write about your parents so soon after they died?"

These are the kinds of comments I received from people who couldn't believe I picked up my pen immediately after sitting shiva first for my mother in August of 2012 and then again for my father in December of 2017. They were incredulous that I was able to write. I was incredulous that they were incredulous. I'm a writer, more specifically a poet. Writing (and reading) poetry is how I make sense of the world: the world outside of me, the world inside of me, and the relationship between the two.

So of course I turned to writing after each of my parents died. Not as a way to ignore my grief or postpone my grief or distract myself from my grief, but as a way to immerse myself in my grief. It may sound funny, but truthfully I was happiest when I was diving deep into my sadness by writing poetry about my parents. It kept them close to me. As I wrote about them I saw them, I felt them, I heard their voices in my head. And that was very comforting.

Actually, I would have disappointed my parents if I hadn't written about them. My mother, who longed to be a writer but abandoned her dream to become a wife and mother, died of cancer and COPD. During one of her hospital stays, we were told she had six months to a year (she lasted 18 months). After her doctor left the room, my mother beckoned me to her bedside. She sat up, which was a feat in itself, adjusted her oxygen tube and IV tube, and extended her arm, making a grand, sweeping gesture about the room. "I'm giving you permission to write about all this," my mother rasped, "under one condition."

"What's the condition, Mom?" I asked, my voice thick with tears.

"Promise me that I'll never have to read it."

Satisfied, my mother nodded once, then utterly exhausted, sank back into her pillow to sleep away the afternoon.

How could I even think about not keeping that promise? I set her yahrzeit as my deadline, and created a series of poems about my mother that began with her diagnosis, moved through her illness and death, and continued beyond her life to explore my grief. The poems are written in formal verse and include imitations of poems by Emily Dickinson, Robert Frost, and other poets my mother loved. I found that formal verse—poems written in prescribed patterns—provided a rigid container into which I could pour my messy, unwieldly emotions. It was a relief to think about line breaks, rhyme schemes, and repetition. Just as the structure of a sonnet, a sestina, and a villanelle held the poems together, writing the book held me together.

MY MOTHER HAS MY HEART

My mother has my heart and I have hers,

We traded on the day that she gave birth.

Each passing year the line between us blurs,

Until the day I lay her in the earth.

My heart in her now cracked and split in two,

Her heart in me now wound down like a clock,

As she and I turn into something new,

The love between us hardens into rock.

My heart in her a newborn mourning dove,

Her heart in me a letter signed with love,

A treasure I keep deep within my chest.

From this day forth whatever else occurs,

My mother has my heart and I have hers.

I expected to feel if not joy, at least a sense of peace when I finished the book, but actually that was one of the hardest days of all. Putting the last period at the end of the last line of the last poem was like shutting a door—the door to my mother's life—and I felt that I had lost her all over again.

There were more hard days to come. A year after I finished the book, I placed the first copy of I Carry My Mother into the upturned hands of my father. How to describe the look on his face? Sorrow, awe, pride, curiosity and fear drifted across his features. He told me he wanted to be alone while he read the book, so I gave him his privacy. After he finished the book, using up an entire box of tissues, he said he had two questions for me. The first was "How did you have the courage to write this?" I tried to explain that I didn't feel particularly courageous but he strongly disagreed. And then he asked his second question by silently raising one eyebrow. "Yes, Dad," I said. "I promise to write a book about you."

My father died very unexpectedly in December of 2017. I spoke to him on the phone every night, and the night before he died, he sounded fine. The week before he died, his doctor had given him a clean bill of health. He had had a series of mini-strokes which compromised his mental facilities— he gave up his law practice with great reluctance when he turned 88—but physically he was in top shape. When I visited, I could barely keep up with him as he strode across a parking lot to make sure he got to our favorite diner ahead of me so he could hold the door open (my father was truly a gentleman and a scholar). So when he was found dead in his apartment, it came as a great shock. The cause of death was never established; I believe he died of a broken heart.

And so once again it was time to fulfill my promise. Writing poems about my father was harder in some ways than writing poems about my mother. My grief had doubled; now both of my parents were together in the world to come, or so I like to believe. In any event, they are gone. While my father was still alive, I felt that my mother was still alive. We talked about her all the time. My father loved to tell me about their courtship, their wedding, their honeymoon in Niagara Falls. He loved answering my questions: "When did Mom start doing crossword puzzles?" ("Before we were married.") "Who was Mom named after?" ("Her maternal grandmother, Fannie.") "What was Mom's favorite food?" ("She never met a pasta dish she didn't like.") Now there is no one left to answer these questions or the ones I have about my father (I'll never know for whom he was named). And that is perhaps why my mother appears in my father's book much more often than my father appears in my mother's book. Now my job is to keep them both alive, at least on the page.

While the poems in my father's book have a structure, they are not formal poems per se. Each poem consists of a series of 3-line stanzas (tercets) with the title acting as the running first line of the poem. My father was always in a rush—a man on a mission—whose impatience was legendary. His poems are like that in a way; the lines move quickly, inviting the reader to move swiftly down the page in the same way my father moved swiftly through his life with people to see and places to go.

next to the garbage

to be picked up

How I wish I could put a copy of I Wish My Father into my mother's hands!

My parents are now a "boxed set" and I think being together in this new way would please them. They were always supportive of my work, each of them proud of "my daughter, the writer." After saying something she thought especially clever, my mother often proclaimed, "Now that would be good to put in a story." My father proudly displayed my books on his desk and bought multiple copies to pass out to everyone who worked in his office.

I miss my mother and father more than words can say. I hope the words I did choose to say do my parents justice.

"My Mother Has My Heart" from I Carry My Mother, copyright ©2015 Lesléa Newman (Headmistress Press, Sequim, WA). Used by permission of the author.

"It Was" from I Wish My Father, copyright ©2021 Lesléa Newman (Headmistress Press, Sequim, WA). Used by permission of the author.

Bio: Lesléa Newman has created 75 books for readers of all ages including the novel-in-verse, October Mourning: A Song for Matthew Shepard and the paired memoirs-in-verse, I Carry My Mother and I Wish My Father. She has written many Jewish-themed children's books including Gittel's Journey: An Ellis Island Story and Welcoming Elijah: A Passover Tale With A Tail. Her literary awards include a poetry fellowships from the National Endowment for the Arts and the Massachusetts Artists Foundation and the Association of Jewish Libraries Sydney Taylor Body-of-Work Award.