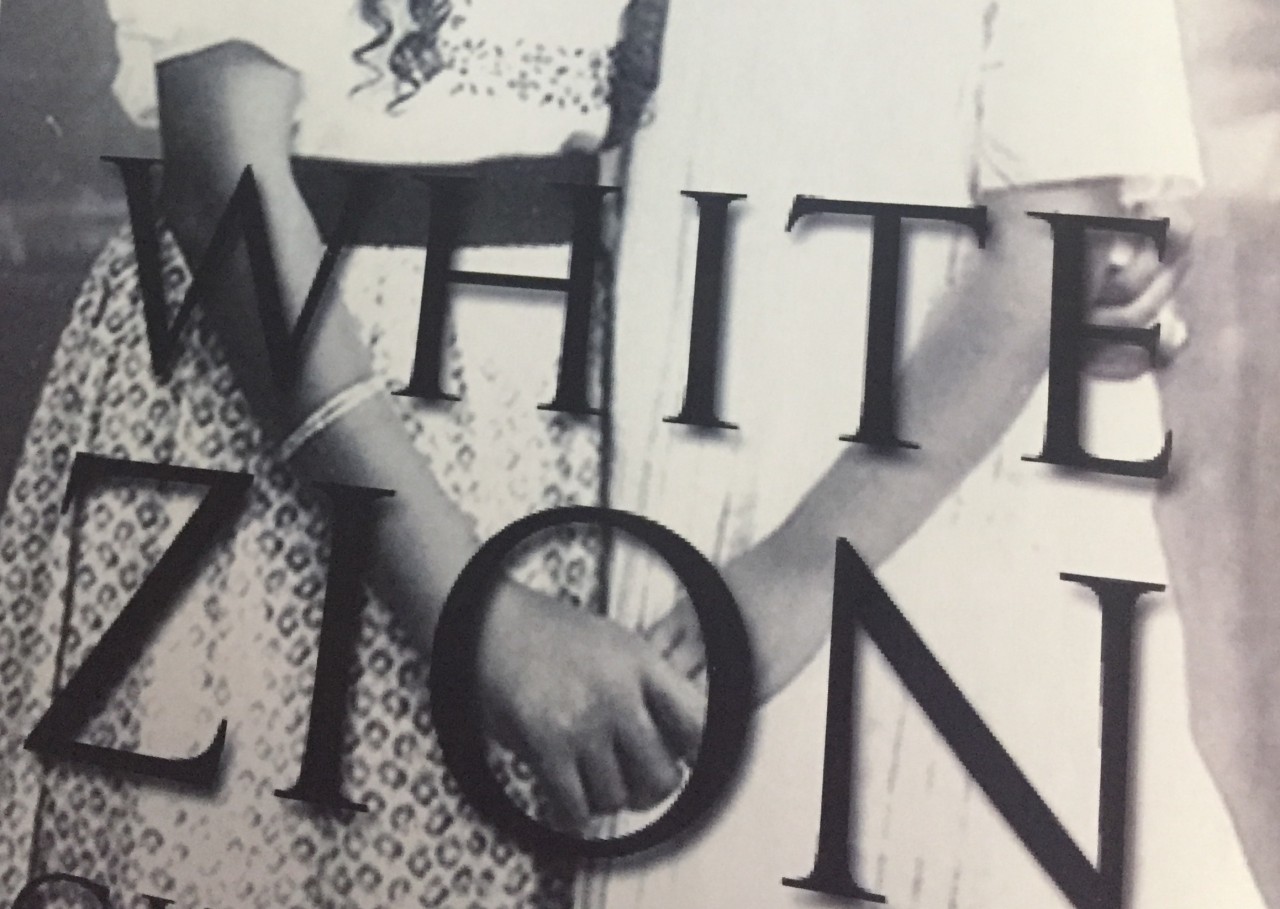 Thank you Sasson Magazine for posting "Roller Coaster," an excerpt from my novel in stories White Zion, forthcoming from Cervena Barva Press, April 2019.

Faith was too late getting down the stairs. By the time she made it into the living room it was over. She could only look from her son to her husband. Shock parachuted into the room like an invisible enemy.

That's not completely true. The whole truth hurts Faith's stomach and she skips over it in the retelling, even to herself; the shame is too great. The truth is she had made it into the living room to witness her husband Sapir enraged. His hand clutched her son's iPod high in the air.

Smash! The first hit divided the iPod in two. Sapir bent down, snatched the largest piece and hurled it to the floor, where it broke into still more pieces. He repeated the action of seeking out the largest piece and destroying it until there was nothing left but tooth-sized plastic bits. Faith brought her hands to her cheeks, but sound was trapped in her throat.

She knew that she should never have left the two of them alone, not even for a breath, not even because they had four children all younger than eleven who needed her, too. It wasn't enough of an excuse. When would she learn?

In the morning the family had decided on an outing to SuperLand, an amusement park in Rishon LeZion. The schools were closed for the Chanukah holidays and it was common for parents to take off work, too. Family time. They had to leave early if they were going to make it back for sunset, the optimal time for lighting Chanukah candles. The earlier candles are lit after sunset, the more time left for passers-by to be reminded of light that can spring out of the darkness at any moment.

It still astounds Faith how her mind surrounds the memory of that night with minute details: the warm, sunny winter weather; the crawling traffic on their way home; how she'd returned from candle-lighting on their front lawn to find that the dog had leaped onto the table and eaten the dinner they'd agonized over for an hour, before finally agreeing on a menu.

"Your fourteen-year-old got in line for the roller coaster and started talking to some secular girl in a mini skirt. They exchanged phone numbers and already became friends on Facebook. Is this why we take him on family outings? To meet pritzus? He broke the family rule. We do not start up with girls and certainly not ones from who knows where. She could be from any kind of home and he invites it into ours. For all we know she's one of those nutcases we read about that get boys to befriend them on the internet and then meet them somewhere and have them kidnapped or killed."

"She talked to me. I didn't talk to her. There's no law against talking to girls. So, she's not religious, so what? She's not some stupid spy. Dad is nuts. Crazy. I can be friends on Facebook with anyone I want. And what do girls have to do with breaking my things? That iPod was a present for my bar mitzvah. You didn't buy it. I had all of my personal things on there. My pictures. My memories. He just grabbed it out of my hand. And if I smashed his iPhone, he'd freak out. I'm never speaking to him again! I hate him."

But Faith only heard her son's voice after all of the menorahs were packed away next to the dreidels and leftover candles. After she'd finally dialed the right number and found him at a friend's. She had tried to turn her words into a soothing plaster, "Come home."

The silence that filled the house after their son disappeared broke only after three long family days with the children, nutritious homemade vegetable soups for dinner to balance out the fried potato pancakes and chocolate coin-shaped candies. After sunset Faith did not look at Sapir, neither during the candle lighting, nor over the recitation of the Hebrew blessings.

While her children sang holiday songs with her husband and spun their dreidels for marshmallows, Faith watched the light flicker in the window pane. She tried to accept that she was a mother who did not know where her son was and had not known for a while, but it was like trying to accept an incoming missile. She blinded herself to her son's smaller menorah that sat unlit in the window, cold and uncared for.

They lit one large family menorah together, but Jewish boys over the age of thirteen were considered adults, and last year Sapir had proudly purchased a second one in gleaming silver, which he insisted now on leaving unused in the window until the last day of the holiday was over, as though the candelabrum could reach out its eight arms and gather their son home.

In the dark, when the glow from the candles had long faded and the house slept, Faith reviewed the scene. There had been nothing in the agonizingly slow car ride back from Rishon LeZion to Jerusalem to indicate what was coming—no narrow looks or change in atmosphere. Still, she berated herself for not sensing something in her husband's body language. If she had, maybe her son wouldn't have slipped through her fingers like the last moments of a dream.

After their son's departure, Sapir had eyed her with fury, as though she had picked up a teenage girl in a low-cut top and mini skirt in Rishon LeZion's only amusement park. She knew he was waiting for her to assert he had done the right thing, that they couldn't allow their son to pick up loose girls in front of their very eyes, to expose this immodesty to his little sisters. But she couldn't black out her husband's arm, cutting through the air with all of his might and, in mental replay, she heard her son's cry as his iPod burst open on the tiled floor. She absorbed Sapir's fury into her heart, where it began to dig a hole, and said nothing.

Faith counted her blessings: Sapir had swept up the pieces of their son's prized possession, sparing her at least that. Not one of her children had heard what was going on downstairs in the living room, or the front door slamming hard enough to sway the flames that were burning inside the glass box they used to surround the menorah, to keep it safe from extinguishing too early on the front lawn.

For the rest of the holiday, Faith and Sapir spent every moment with their girls, answering their whims for ice cream, for another outing, for just one more video before bed. Their son's cell phone might as well have been smashed to pieces, too.

On the eighth night, Faith's breathing changed rhythm when he answered.

"I'm not speaking to Dad until he buys me a new iPod."

"I'm not buying him anything until the boy demonstrates that he understands why I broke it."

The angry words flap around her head whenever a friend or neighbor asks: How was your holiday? But she can't reveal them. They burn. So she buries them inside of herself, in the hole next to Sapir's fury, the way her son buries the digital photographs of the girl in the white mini skirt and low-cut top behind a Facebook code he thinks she doesn't know.