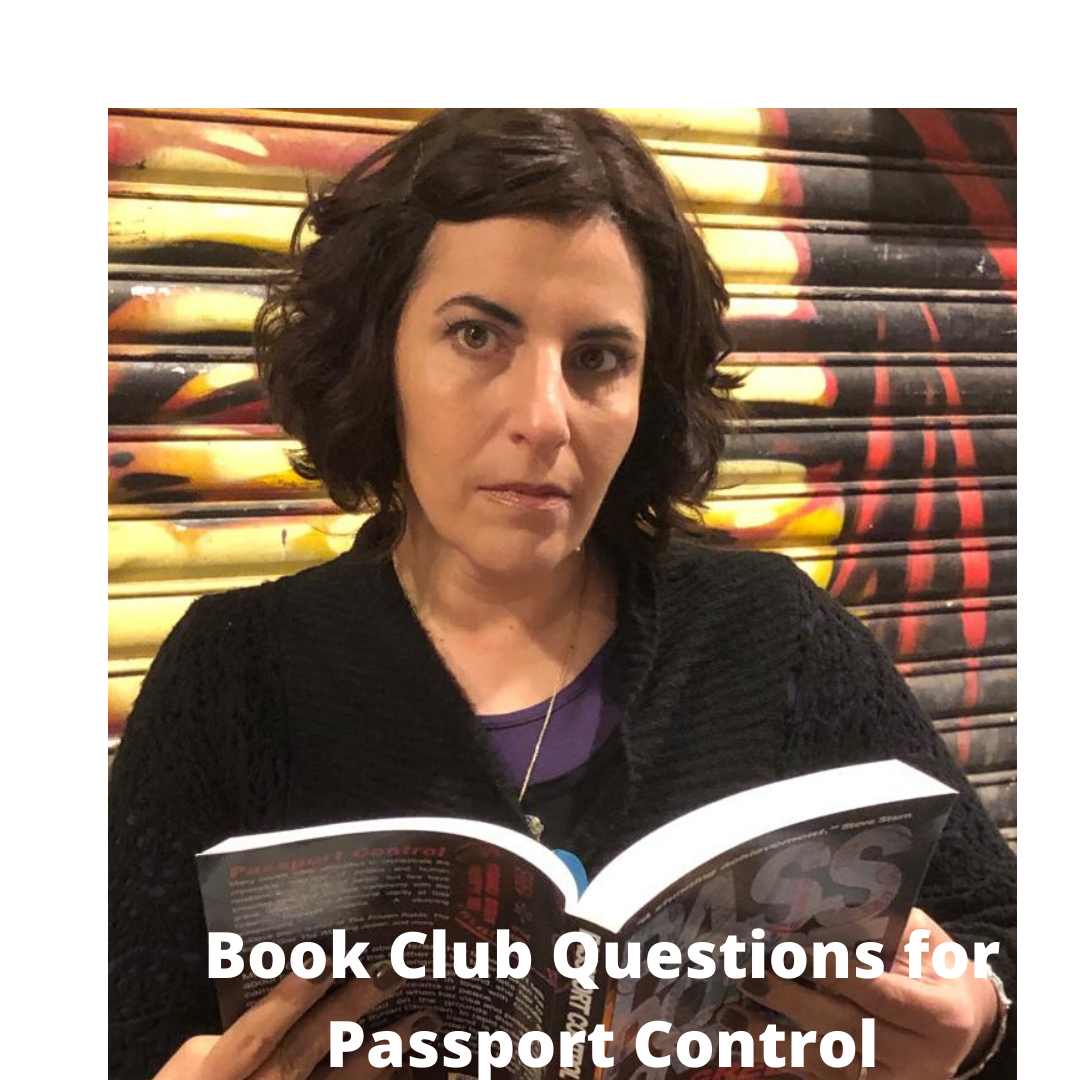 2. Would you say Passport Control is historical fiction? A coming of age story? An adventure story? Other? How would you categorize this work?

3. In the book there is a lot of discussion of identity. What roles our identities play in our lives, multiple identities, weak and strong identities. Did you empathize with much of the discussion? What role does your identity play in your life and which one (religious, national,ethnic, other)?

4. Do you think Miriam's father understood why his daughter went to Israel? Have you ever been in this situation as a parent or with your own parent?

5. Miriam is reluctant to sign the letter her roommate wants her to sign? Why? Do you think she made the right decision in the end? What would you have done in her place?

6. Miriam is accused of murder of her close friend. Have you ever been accused of something you didn't do? What were the ramifications? Do you think Miriam paid a price for this accusation?

7. What role does Guy play in the novel? Is he a typical boyfriend? Do you believe Miriam is sincere in her feelings for him?

8. What would you like to see happen to Miriam in the future? Do you think she should leave her father again and return to Israel or convince her father to come with her?

9. Do you think Miriam's uncle is an ethical character? Why or why not? Did he do the right thing going behind his wife's back to help his niece?

10. What did you learn about the various peoples in Israel from this novel? Anything you did not know before? Did it make you want to visit Israel or another Middle Eastern country?